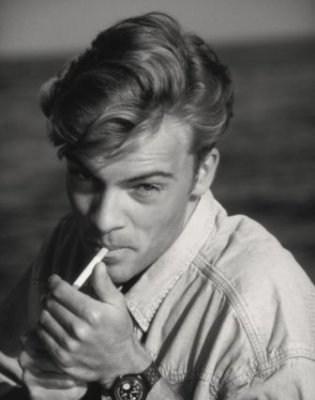 People who smoke menthol cigarettes are no more likely to develop lung cancer than those who smoke non-menthol varieties, U.S. researchers said on Wednesday in a surprise finding that could affect U.S. regulators' efforts to ban menthol-flavored cigarettes.

Scientists had assumed that adding menthol to cigarettes would expose people to more toxins and increase their cancer risk, but a large study of older adults in community health centers found the opposite.

"The key finding was that the risk of lung cancer was no higher in menthol smokers.

"In fact, it was a bit lower in mentholated compared to non-mentholated smokers and there was no significant difference in the rate of quitting smoking," said William Blot of the Vanderbilt-Ingram Cancer Center in Nashville, Tennessee, whose study appears in the Journal of the National Cancer Institute.

Blot said the team was surprised to find that menthol smokers had a lower risk.

"It was about 30 percent lower," which he said in a telephone interview was "statistically significantly lower." "The hypothesis going in, although it wasn't well supported, was that mentholated might be more toxic."

Blot's team studied people aged 40 to 79 enrolled in a large, 12-state study who get their care primarily from public health clinics.

They identified 440 lung cancer patients and compared them with 2,213 people of similar race, age and sex who did not have lung cancer. They found there was less lung cancer and fewer lung cancer deaths among people who smoked menthol cigarettes compared with regular cigarettes.

Menthol cigarette brands have been rising in popularity with adolescents and the highest use has been among younger, newer smokers.

Blot, who has no ties with tobacco companies, said his study only looked at older smokers and could not address concerns that adding menthol to cigarettes made it easier for younger smokers to tolerate smoking.

Health advocates argue menthol flavoring masks the harshness of tobacco, making it easier to start smoking and harder to quit. Manufacturers say adding menthol does not make a cigarette more harmful or addictive.

Blot said the study helps lay to rest the question of whether menthol cigarettes are more toxic. "The answer is, no, they are not."

The second issue is whether menthol cigarettes may be more addictive. "Our data indicated there is no evidence that menthol smokers have a harder time quitting smoking," he said.