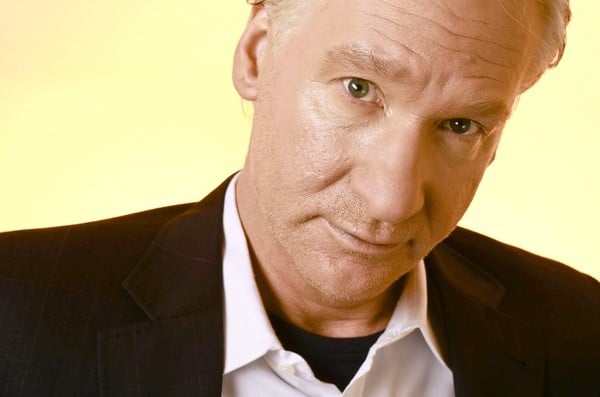 The outspoken panel host talks about viewer loyalty, advertiser skittishness and the dangers of booking celebrities.

I know you interview actors and performers, but why don't you have them on the panel of your HBO show the way you did on "Politically Incorrect" on ABC? Because they aren't on a level playing field?

They come out two-thirds of the way into the show and sit to my left. I wish we had started the show at the beginning doing that. That evolved slowly over time, and we just found out it was a much better way to use the celebrities, because there are not that many celebrities who can really keep up with the A team when you're having a very serious — I mean serious with hopefully funny moments — [discussion] with people who know their [stuff]. I can name them on one hand: There's Ben Affleck and there's Alec Baldwin and there's Michael Moore. There are a few others, but mostly, it's just not their field.

I used to find them really annoying.

Most of them were, and I'll tell you that in my audience, I've found over the years that they will punish us for putting up somebody who isn't up to the discussion. It's the one thing they find intolerable. They will tell you they like having celebrities and famous people there, but not if they look like they should be sitting at the children's table. That's the one thing they will let you know about and say, "So-and-so was stupid on your show, and I don't watch your show to be stupidized."