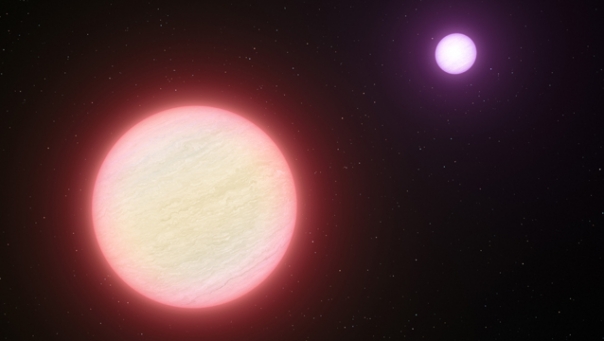 Astronomers have detected a new candidate for the coldest known star -- one whose temperature is roughly equivalent to a fresh cup of tea.

The object is part of a double system and is a type of star known as a brown dwarf, which is essentially a failed star. Brown dwarfs lack enough mass for gravity to trigger the nuclear reactions that make stars shine, but they're more massive than what's typically considered to be a planet.

This newly discovered brown dwarf is identified as CFBDSIR 1458+10B, and is the dimmer member of the binary brown dwarf system, which is located only 75 light-years from Earth.

The system was detected from observations made by the Very Large Telescope at the European Southern Observatory's Paranal Observatory in Chile. The telescope's powerful spectrograph was used to study the object's infrared spectrum and measure its temperature, which was found to be extraordinarily cold by brown dwarf standards.