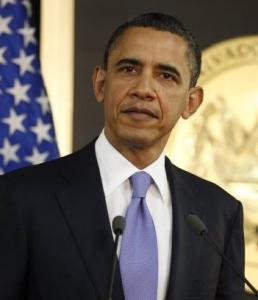 The allied air assault in Libya will soon achieve the objectives of establishing a no-fly zone and averting a massacre of civilians by Moammar Khadafy's troops, President Obama said yesterday, adding that the United States will hand off control of the operation to others within days.

"When this transition takes place, it is not going to be our planes that are maintaining the no-fly zone,'' the president said at a news conference in El Salvador as he neared the end of a Latin American trip overshadowed by events in Libya. "It is not going to be our ships that are necessarily enforcing the arms embargo. That's precisely what the other nations are going to do.''

Despite the cost — not only in effort, resources, and potential casualties, but also in taxpayer dollars — Obama said he believes the American public supports the mission.

"This is something that we can build into our budget. And we're confident that not only can the goals be achieved, but at the end of the day the American people are going to feel satisfied that lives were saved and people were helped,'' he said.