FRANKLYWNOW - Knicks are confident problems can be fixed

Knicks are confident problems can be fixed 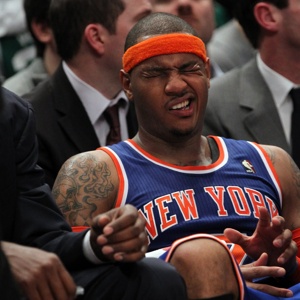 Coach Mike D'Antoni said he's "antsy" to fix the struggling Knicks, and understands why the fans are frustrated with the team's poor play.

"Understandably," D'Antoni said. "Hey, I'm panicking. But not in that sense. We'll get this done."

There's plenty of pessimism surrounding the slumping 35-35 Knicks, losers of six of seven. The optimist would say the team requires time to gel because of the recent Carmelo Anthony trade, and that consistent winning isn't going to happen overnight. But right now, the Knicks are a mess, and they carry a three-game losing streak into tonight's game with the 45-26 Magic at the Garden.