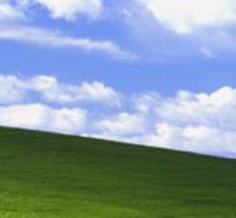 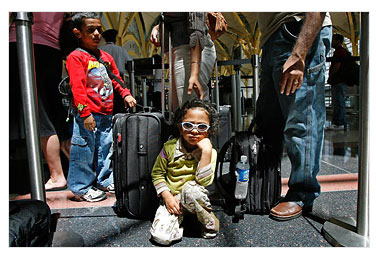 Well, one out of three is a great victory when you have a family. I think there was one victory... I don't know I didn't do a recount. When you have a family, you learn to count the little victories, the small things that you can change, and add them to your thankful prayers each night. Or, you could cry over the two... or three... losses. Your choice.

The cat lacked one other important thing. A brain. It had never been outside, had never eaten table food, had no personality of any kind, and had no idea which way was up. If you put the cat in a cabinet, I swear two days later he would still be laying there and would just look up at you with a blank stare when you opened the door. I don't remember his name, I just always referred to him as "the de-catted cat."

Like most cats, he could not be trained - not trained to the point of trust when you turn your back. Thankfully he never showed any interest in table food, or he just couldn't jump that high and couldn't figure out how to climb, so we didn't have a problem with him jumping on the table and eating dinner just before everyone sat down. But he had to come with at least one bad habit or he couldn't be called a "cat" at all. He decided that the kid's shower would be his litter box. I guess he had something against litter, since outside and earth weren't concepts that he knew. Every morning we would rise to find a nice deposit in the bathtub.

Cats seem to have this love/hate relationship with bathtubs and showers. The cat that preceded the de-catted cat would jump into the bathtub and for several minutes would just jump up and down like he was trying to capture specks on the walls. He would also race up and down the halls after nothing. We named him "Rampage." Our current cat, when we shower, stands outside the shower and wails mournfully like it was the end of world, until we reappear. Apparently he thinks we enter a dangerous world through that door and will be killed by the water. Each day we emerge unscathed, but he doesn't learn. Who can figure out the mind of a cat.

Well, we couldn't train the de-catted cat to stop using the shower for a litter box. The solution could be as simple as just keeping the bathroom door closed. But I never had much success training children either. Saying, "Keep the door closed," seemed to be heard as "Wah wah wah wah." It wasn't memorable. Not that they actually cared - my directive was just so much more gibberish in the incomprehensible torrent of instruction from adults that was always appraised as having little practical value in the life of a child.

Unable to get the kids to close the door, my wife and I had to devise a plan. Cats avoid water, and can smell water from far away, and no cat in his right mind will get in it. So one night we filled the bathtub full of water. At 1 am, "Splash!" The de-catted cat apparently didn't have much of a nose. He couldn't smell a tub full of water. We never had trouble with him using the bathtub for a litter box again.

He was the most uncoordinated cat I have ever seen. If we forgot and left the bedroom door open, at night he would bound into the room, dive for the window ledge, and use the glass as a backstop - a budding ballerina.

Most cats, if you drop them, land on their feet. Apparently all instinct was bred out of him. He would land on his side. And he wouldn't even look at you with that haughty, quizzical look, that most cats love to give, as if to say: "That was insulting. Why did you do that? Don't you know that I'm the king here? Don't you know I can wee wee on your pillow for revenge? Felt anything wet in your house slipper lately? Would you like me to hock up a furball tonight in your path to the bathroom?" Cats can only meow, but they can say so much with one look.

One morning we realized that the de-catted cat was missing. Later that morning we heard meowing from outside. We opened the door and there he was. We wondered how in the world he managed to get out of the house. Oh, well, cats do mysterious things. Who can know? Late that night we were musing about it, and finally put two and two together. We thought that no cat with any intelligence would jump two stories to the ground below our bedroom window, so we sleep with the windows open in the spring. No, he didn't jump out. Actually he leaped for the window ledge expecting the glass to stop him. Surprise! We wondered if he landed on his feet or on his side.

Most conversations with cats don't get much more intelligent than the daily run of their lives. But I often have a verbal conversation with our current cat. It goes like this.