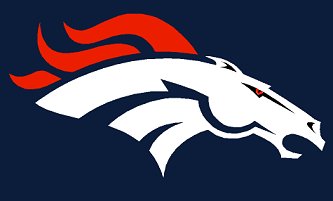 A photographer for the Daily Mail got an amazing picture at the Ryder Cup of Tiger Woods flubbing a shot headed directly at the camera. He didn't duck and Tiger's golf ball actually hit the lens — but not before the image was captured midflight. The photo has been seen around the world.

But that's not what's captivating the Web. It's the amazingly unique look of the fan standing just to the right of Tiger's shoulder, chomping on a cigar, wearing a turban-like brown hat, and sporting a thick, Groucho Marx–style mustache. The spectator just steals the show.

And just like that, the "Cigar Guy" Internet star was born. The mystery man has been inserted in pictures and shared around the Web. Yahoo! searches for the mustachioed golf fan twirled up 675% in just one day. Searches were also popular on "Cigar Guy," "cigar guy ryder cup," and "cigar guy tiger woods."

It's the shot that launched a photo-editing frenzy: One image is of the now famous Tiger Woods photo, except everyone, including Tiger, has been turned into the Cigar Guy. Check it out here. There's the Cigar Guy on a Beatles album cover. And the Cigar Guy taking out Sonny Liston.

While the original picture is incredible, it may be even more memorable for taking on a life of its own. A photographic hole-in-one.