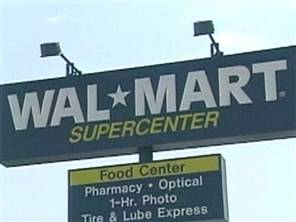 LITTLE ROCK, Ark. - Wal-Mart Stores Inc. quietly stopped selling two brands of dog treats in July, after customers voiced concerns that the Chinese products may have caused their pets to fall ill, but no recall has been announced, a company spokeswoman confirmed.

Wal-Mart also placed a computerized block on all cash registers to prevent workers from selling the products, Galberth said.

'Testing process'
"When we took it off shelves at the end of July, we pulled it based on the customer feedback so we could do testing prior to announcing anything publicly," Galberth said. "That's why did not make a public announcement - it was still going through the testing process."

Wal-Mart's action follows a massive pet food recall in March, when retailers began pulling products made in China that included the chemical melamine - a contaminant that's a byproduct of several pesticides.

Galberth said she did not know what the specific customer complaints were about the dog treats, nor when the testing would be complete.

Galberth said she did not immediately know if the treats were sold at every Wal-Mart store.