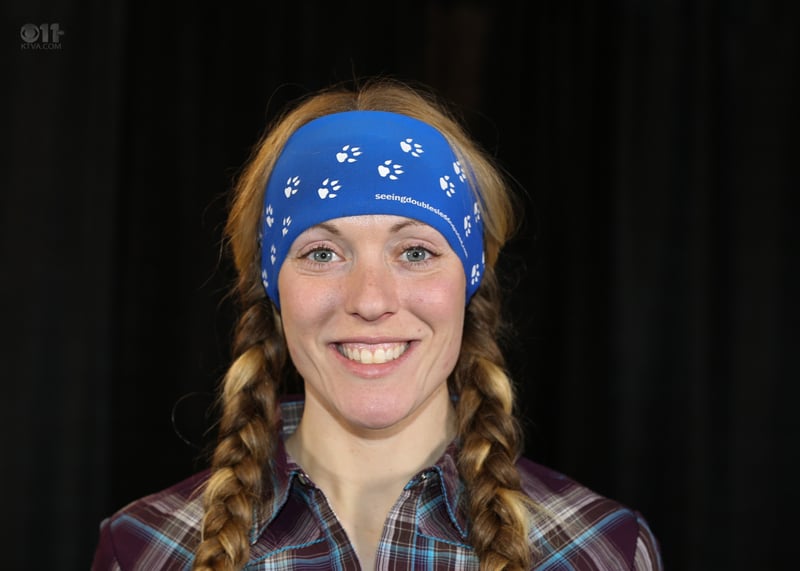 The Knik 200 is the perfect warm up race for Iditarod athletes, especially with temperatures near -15 Fahrenheit.

“Everybody here has a chance to run Iditarod,” says musher Anna Berington. “Some of them have never raced before, so this is like their test run.”

Identical twins Kristy and Anna don’t just have the same looks they have the same interests. The two grew up on a small farm in Northern Wisconsin, both served in the National Guard and followed their love of dogs to Alaska seven years ago.

“It’s nature and nurture, we both have the same DNA, Kristy says. “And we love the same things, which isn’t always the case with twins. We are fortunate enough to love each other’s company as much as we do.”

And that companionship comes in handy on the 1,000 mile Iditarod trail.

“It was super rough last year and it was super comforting to see her and know that she’s going through the same stuff.” Anna says.

Halfway through the Knik 200 race, Kristy checks on her dogs first, then on her sister. They chat about the trail and their dogs and then give each other a quick hug and get back to their chores. In this race, Kristy’s team takes the lead, finishing in 7th place. Anna finishes about 40-minutes later.

In past Iditarods Kristy and Anna have raced at least part of the way together. Whether or not they do it again during this year’s race, they say, is up to their dogs.