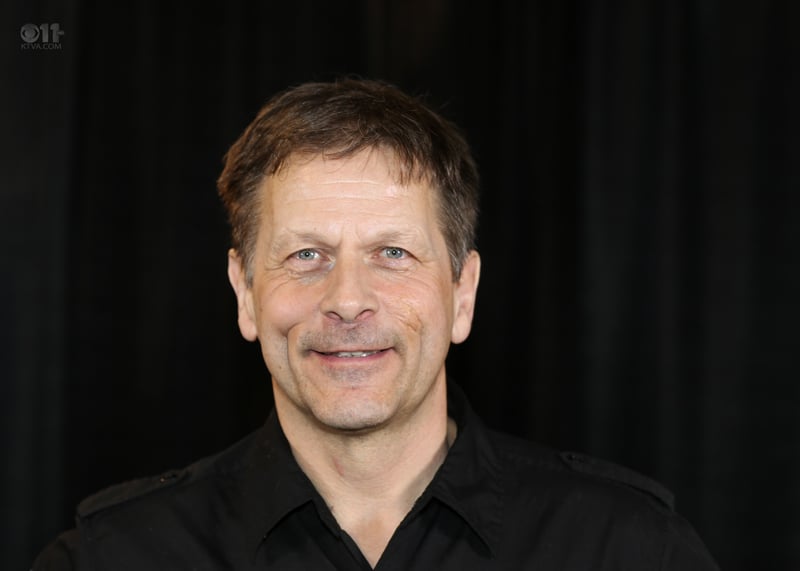 Born in Winterthur, Switzerland in 1958, Martin became fascinated with sled dogs while still a teen. He came to Alaska in 1979 to enhance his knowledge of care and training of sled dogs. He began working and training with long-time Alaskan mushers Earl and Natalie Norris and ran his first Iditarod in 1980. Martin and wife Kathy Chapoton, reside in Big Lake, Alaska, where the family owns and manages Happy Trails Kennel. Their sons, Nikolai and Rohn, both named after Iditarod checkpoints, have been involved with dogs at various times in their lives. Nikolai currently resides in Seattle. Rohn lives near the kennel and is currently an integral part of the kennel operation Rohn completed his first Iditarod in 2008, as a senior in high school.

Martin spends a great deal of time speaking in schools on the humanitarian care of animals and the spirit of the Iditarod. A favorite celebrity of the children of Alaska, Martin treats them with surprise visits from his dogs and puppies.

Martin runs the race each year with his dogs to test the success of their breeding, training and physical endurance. He regards his racers as true competitive athletes and prides his team on their longevity and spirit of competition. Says Martin, “I run the Iditarod to prove that my dogs, bred, trained and raced by Happy Trails Kennels, are the best amongst the world’s long distance athletes.” For nine years, Martin’s 2002 team held the record for the Fastest Iditarod by completing the race in 8 days, 22 hours, 46 minutes and 2 seconds.

As tribute to his treatment of his racers, Martin was awarded the coveted Leonhard Seppala Award in 1988, 1993, 1995, 1997, and again in 2014, for the most humanitarian care of his dogs. The award was named for the most famous Alaskan musher who ran the longest and most dangerous stretch of the 1925, 674-mile diphtheria serum run from Nenana to Nome, which saved hundreds of lives.

Following Martin’s 2002 Iditarod victory, the process for his becoming a naturalized citizen of the United States was completed under the burled monument. He then turned around in Nome and made the trip from Nome to Big Lake with his family by snow machine.

Upon completion of the 2005 Iditarod after a woodworking accident four days prior to the race start, resulting in the amputation of a part of his finger; he was awarded both the Sportsmanship and Most Inspirational Awards by his fellow mushers.

Martin is an honorary member of Rotary. He is always involved with some project around the kennel or house. While he and Kathy moved into the retirement home that Martin built, they are still working on finishing all the details, your typical Alaskan self-built home that is never quite finished.

In the summer, Martin and his family give tours of their working kennel. The tour begins with a DVD trip from Anchorage to Nome narrated by Buser and includes his unique anecdotal stories gathered over 23 Iditarods. Visitors are offered a glimpse of a mockup of the Cripple Checkpoint complete with campfire and wall tent. Veterinary and dog care topics are discussed and of course, there’s the cuddling of puppies. The tour ends with a riotous symphony of dogs barking as a team is hooked up and taken on a demo run to show folks the dogs in action.

Martin is currently the musher with the most consecutive Iditarod finishes, 29 races completed in row, 30 total finishes. We are looking forward to many more and working diligently toward a fifth Iditarod win. While the race is always the final exam, the year round interaction and relationship with the dogs is the most valuable aspect of this lifestyle. On a daily basis, we are amazed by the stamina, loyalty, honesty, and joy of our dogs. Author Brian Jacques went on a ride with Martin and the team many years ago and described the dogs as “eternal children.” We couldn’t agree more. It is our good fortune to be able to take care of them.