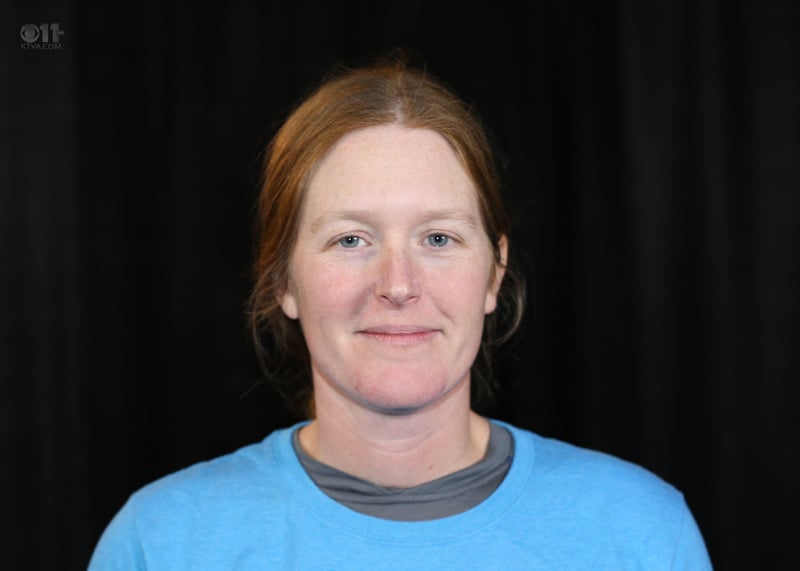 Paige Drobny, 40, born in Bryn Mawr, Pennsylvania, says she moved all over growing up. She graduated from Virginia Tech in 1997 with her B.S. in Biology and from UAF in 2008 with her M.S. in Fisheries Oceanography. Before moving to Fairbanks in 2005 for graduate school, she lived in Vermont and was a fisheries biologist.

“I enjoy the outdoor lifestyle. I work as a fishery biologist and help my husband, Cody Strathe, build dogsleds for our company, DogPaddle Designs, during the summer. Our mushing started in 2006 as a way to explore the wilds of Alaska with no plan to ever do any racing. We spent several years camping and traveling with our dogs. In 2010, Cody and I decided to give it a whirl and entered the GinGin 200 together. We had a blast, and suddenly we were on the slippery slope. After finishing the Yukon Quest in 2012 with a happy and healthy team, Iditarod seemed like the next logical step for someone with an addiction to traveling by dog team.our dogs.”