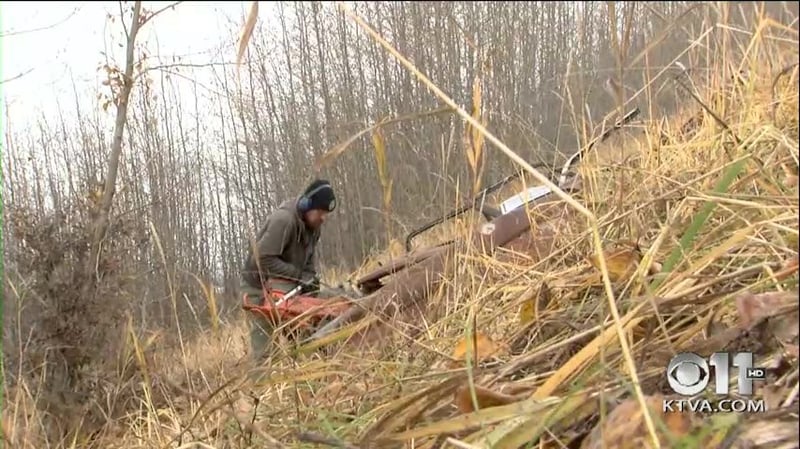 Work has begun to remove some of the old cars that are poking out from the bluff below the motocross track at Kincaid Park.

Anchorage Coastal Wildlife Refuge manager Joe Meehan said the area used to be a city dump. He said thousands of vehicles that were damaged in the 1964 earthquake are buried there. Some of those vehicles are literally sticking out of the ground.

Meehan said the plan isn’t to remove the cars altogether, it’s to cut off the parts that are exposed above ground that could harm people who come into contact with them.

“We aren’t going to dig into the bluff and excavate,” Meehan explained. “We are just trying to remove some of the surface material to reduce the safety issues with people hiking, sledding, just using this area. But also some of the items that might eventually tumble down the bluff and into the marsh.”

Meehan said the work will continue for the next two weeks. He said workers won’t get to all the cars, but they’ll sheer off as many as they can.