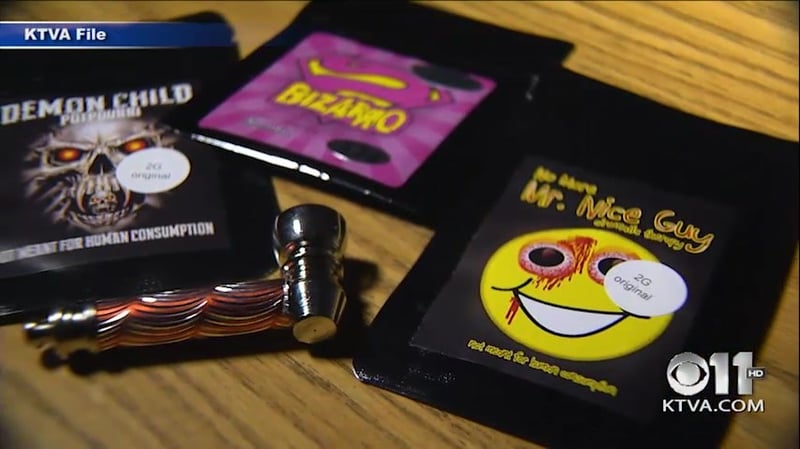 ANCHORAGE – Anchorage Assembly members unanimously passed an ordinance to criminalize the drug spice during their Tuesday meeting. The ordinance was drafted by Mayor Ethan Berkowitz’s administration, with the support of the Anchorage Police Department.

Previously, using or possessing spice was considered a civil offense. People caught using the drug weren’t arrested, instead they got a ticket with a $500 fine. APD Lt. Sean Case said so far, no one has paid the fine.

He said criminalizing spice will help them pull the dealers off the street.

“The intent of the ordinance isn’t to go after people who are using, the addicts. The intent is going after the people who are supplying the users,” Case said. “This is a little bit different from other drug sales that you have in the community because the population that is being targeted is very specific and that is the homeless population.”

The ordinance allows police to cite people with two types of misdemeanors. People who use spice could get up to 90 days in jail and a fine up to $2,000. Dealers could spend a year in jail and get a fine of $10,000.

“It is time for those two organizations to step up and take some accountability for what’s happening on their property period,” she said. “We would not tolerate this from a bar owner who was dealing heroin in their parking lot, why the heck are we giving them a pass? It’s not acceptable.”

Assembly Chair Dick Traini said Anchorage is leading the state with this new piece of legislation taking a stand against spice.

The ordinance will take effect immediately.