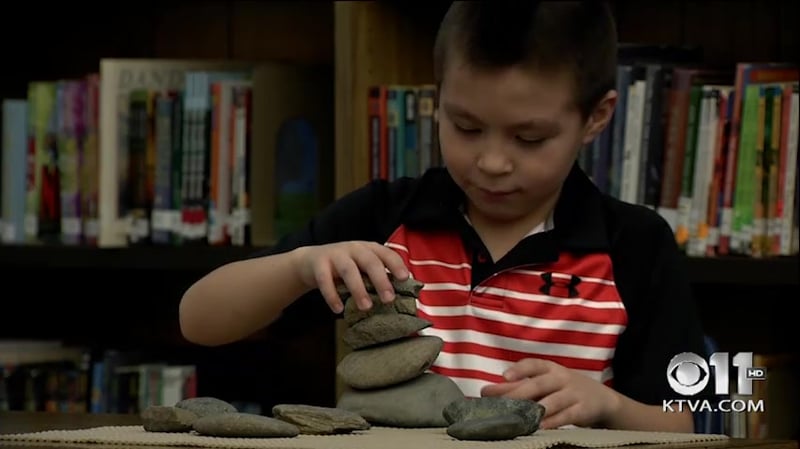 It may look like the students are just playing with a bunch of rocks. They’re actually creating their own mini inuksuk.

Historically, the stone figures were used like a map, marking good hunting or fishing spots.

Today many Inuit display the inuksuk as a symbol of the land and traditional values.

“Some of the younger kids have had even more creative ones than the older students but all of them can do the pyramid and so they can all be successful,” said librarian Laura Guest.

Her next project is to teach the young students about totem poles from Southeast Alaska.