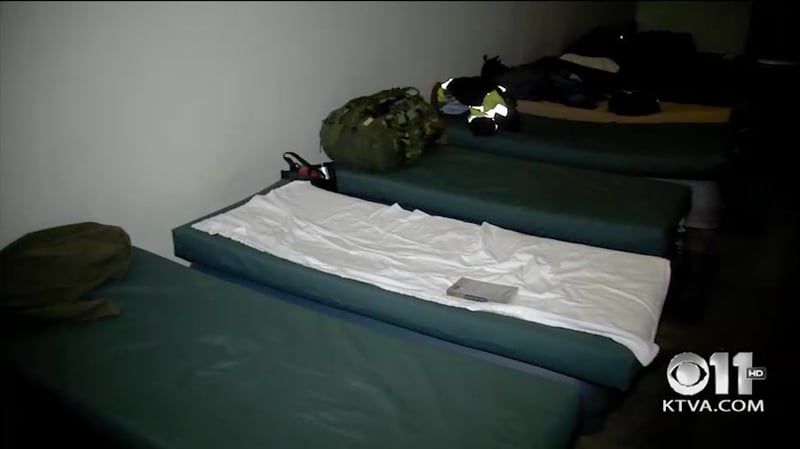 On a cold winter night, Anchorage’s homeless shelters are stretched trying to find room for everyone who needs it.

The Brother Francis Shelter has been using their overflow space at Beans Café for the last couple nights. The shelter can house between 240 and 364 people on cold nights. Only men can go into the overflow space, but there was no place like that for women until now.

“Brother Francis Shelter, 240 bodies, it’s a lot of people,” said program director Lisa Caldeira. “Having this extra space that’s just meant for women, I think it will be a really great sanctuary.”

That extra space is at the Downtown Soup Kitchen, where around 500 people a day find a warm meal.

In two weeks, 30 women will also find it a warm place to sleep on cold nights.

“It’s not a permanent shelter. We’d like eventually to become a year-round shelter but right now, it’s not. It’s just under the cold weather ordinance,” said the soup kitchen’s executive director, Sherrie Laurie.

Downtown Soup Kitchen will give the women a place to eat, sleep, take a shower and even learn job skills at the bakery, and more importantly, feel a sense of community.

“When women are together without the other influence of a lot of men around they can rest and relax and then begin to hope for more,” Laurie said.

The partnership between Downtown Soup Kitchen and Brother Francis Shelter is one year in the making and will free up 30 beds at the main shelter on nights when a safe place to sleep could save a life.

“There’s a continuum of care that’s happening here where, without each player stepping up and doing their work, their expertise, we wouldn’t be able to meet the need in this community,” Caldeira said.

When the soup kitchen shelter opens on Nov. 30, the women will check in at Brother Francis then be bused up the street to the extra space for the night.

The soup kitchen will need two volunteers to stay each night. They’re asking for at least 60 community members to sign up and make a difference in these women’s lives. If you’re interested in taking part, call the soup kitchen at 907-258-0557.

The post New shelter offers homeless women a safe night in from the cold appeared first on KTVA 11.