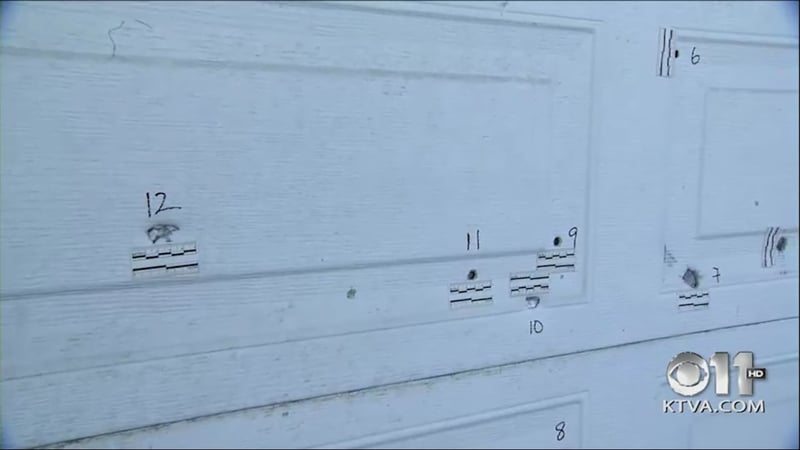 The Anchorage Police Department is asking two people who may have witnessed a shooting earlier this week to come forward.

Through the course of their investigation, police determined a bicyclist was riding on W. 88th Avenue near Forest Village Drive on Tuesday at the time of the incident and may have seen or heard something helpful to the investigation, according to a statement from police. A pedestrian near the Dimond High School parking lot is also being sought to provide information about the shooting.

The shooting occurred around 6:30 p.m. An event at nearby Dimond High School was taking place when a 37-year-old woman was shot inside her home by a bullet fired from outside on Forest Village Drive. Multiple bullets were fired outside the home, striking the building and a vehicle parked outside.

No suspects have been taken into custody, according to police.

Anyone with information about the shooting who has not been contacted by police is asked to call APD at 786-8900.

A 37-year-old woman was struck in the face by a stray bullet while helping her 6-year-old child with their homework inside their Dimond-area home Tuesday night. Police are now asking for the public’s help in learning more about the circumstances that led up to the shooting.

At least 23 shots were fired outside the residence, located on the 8800 block of Forest Village Drive. A number of the shots struck the home and a vehicle parked outside. The suspect is believed to have fled the scene in a vehicle after the shooting, heading west on W. 88th Avenue, police said in a statement.

The woman was transported to a nearby hospital, and as of Wednesday afternoon is in critical but stable condition, according to police.

“This shooting does not appear to be a [domestic violence] related crime, nor do drugs or alcohol appear to be a factor on the part of the victim or her family,” police wrote.

Police say some people attending an event Tuesday night at nearby Dimond High School may have seen or heard something related to the shooting and are asking them to contact them with any information that may have. Police are also asking for footage from surveillance cameras at nearby homes and businesses that may have captured the shooting or the suspect.

Anyone with information on the shooting or those involved are asked to call police at 786-8900. An anonymous tip can also be submitted through CrimeStoppers by calling 561-STOP (7867).

The Anchorage Police Department is investigating a shooting Tuesday evening that sent one person to the hospital.

The shooting occurred just after 6:30 p.m. at a residence on the 8800 block of Forest Village Drive, according to a statement from police. Police were notified a female had been shot inside the home.

Police and medical personnel responding to the scene found the victim suffering from a single gunshot wound. She was taken to a nearby hospital and is currently in critical condition.

No suspects have been taken into custody, police said. APD spokeswoman Jennifer Castro said police are questioning potential witnesses at the scene.

Their initial investigation revealed multiple shots were fired from the street, going through the exterior of the house before striking the victim. The suspect then left the scene.

The victim reportedly had no connection to the shooting, according to police at the scene. It is still unclear what led to the incident.

Their investigation is ongoing.