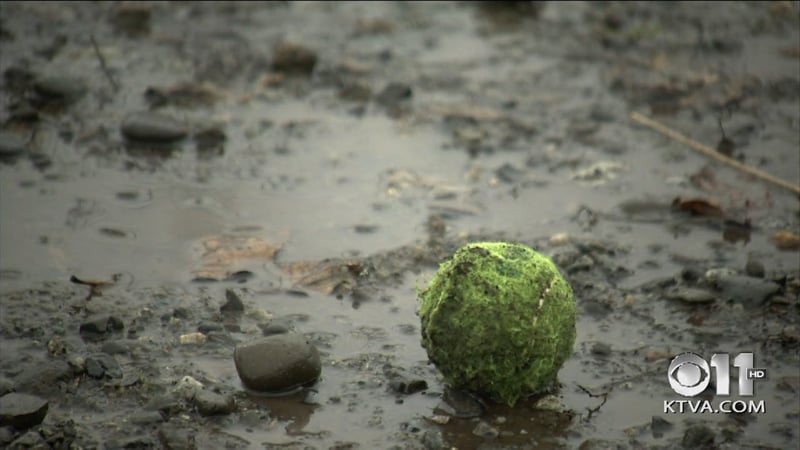 Thousands of Alaskan dog owners know around this time of year it can be tough to get your dog enough exercise. Whether it’s cold and icy or wet and muddy, conditions aren’t always ideal for a long walk.

“The dog is getting a mess, they’re jumping all over you and getting you a mess and at the end you have to take them home and give them a bath so it almost creates more work,” Oehmke said.

The Eagle River pair turned to Kickstarter to raise $45,000 dollars for what they see as a community project.

“There’s going to be a lot of people who will find this a huge benefit to the community and they could use it on a daily basis,” Oehmke said.

The Kickstarter page shows the plans for the park, which would include rubber flooring, toys and agility equipment. Oehmke said they’re also perks for making a donation.

“There’s a monthly membership and an annual membership so if you pledge now, you can get access to the club a lot cheaper than when we hopefully open,” she said.

If they meet their funding goal, Oehmke said they hope to open in January.

Nathaniel Hawkins welcomed the news. He and his dog, Lucia, go to University Lake Park almost every day.

He said he would definitely take advantage of an indoor option like the Alaska Canine Club.

“We can spend just as much time there, you can run around just as much and there might be a couple extra toys and some extra obstacles for you to learn new things,” Hawkins said.

Oehmke and Wallace have until Dec. 22 to meet their fundraising goal on Kickstarter, otherwise they don’t get any of the money.