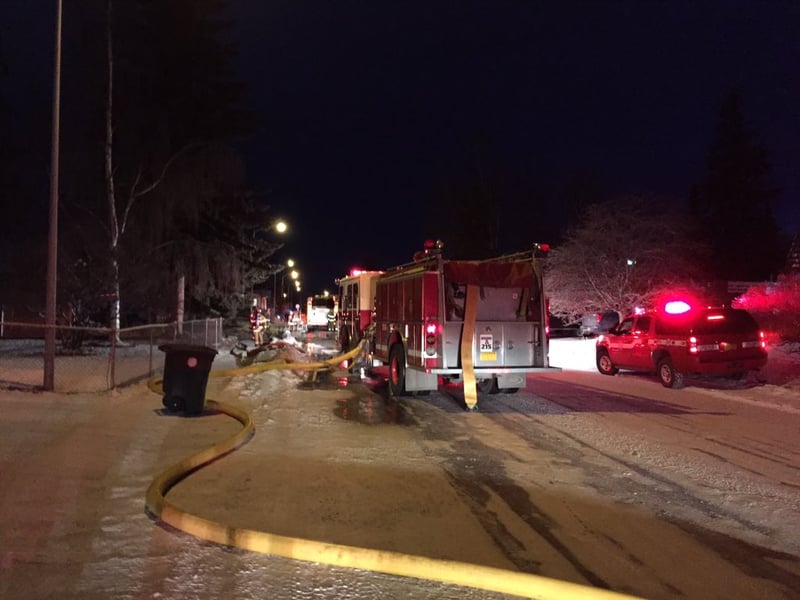 The Anchorage Fire Department responded to a report of a house fire in the Mountain View neighborhood shortly after 4 p.m. Friday.

Fire officials on scene reported extensive smoke damage to the home located on the 3300 block of Richmond Dr.

The fire apparently started in the “back bathroom,” officials also said.

No injuries or fatalities were reported, but the home contained at least 8 animals — 7 dogs, 1 cat.

“We believe we got all the animals out,” Fire Capt. Ben Demboski said. “When we got here there was an owner who said he tried to extinguish the fire but it got too big on him.”

A spokesperson with the Red Cross said they are working to find a place for the family of 5 displaced by the fire.

House fire in Mtn. View: 5 trucks on scene. A captain told me no injuries. @ktva pic.twitter.com/xgsDtyDUuz

KTVA has a crew on scene and will provide updates s they become available.