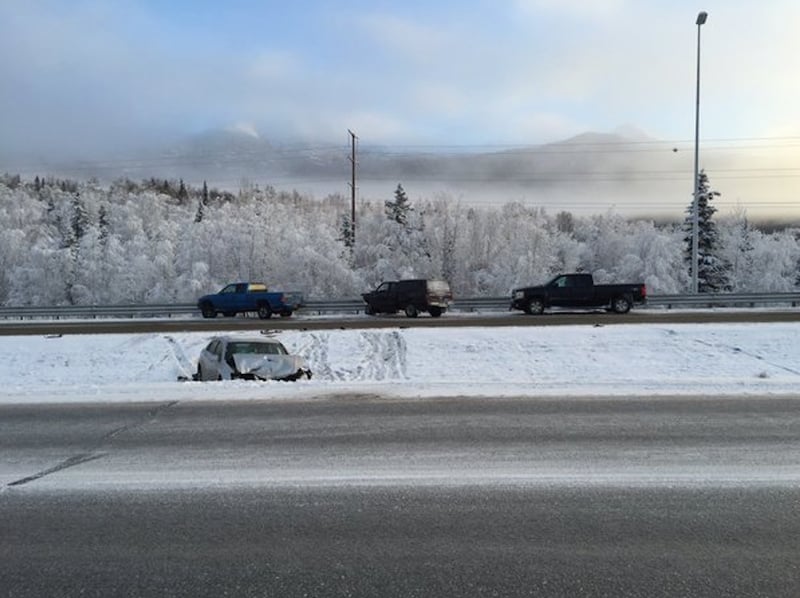 The weekend in Anchorage began with fresh snow and multiple crashes.

A giant pileup on the Glenn Highway near Chugiak shut down the inbound lanes. Traffic was diverted around the closure via the S. Birchwood exit, as tow trucks make their way to the area for clean-up.

The incident came with reports of cars in ditches and at least one car on its side, but there were no injuries reported, as of 2 p.m., says Anchorage Police Department spokeswoman Renee Oistad.

While drivers were stuck in traffic, one of Santa’s “elves” — with a reindeer in tow — made an appearance on the Glenn, bringing a little lightheartedness to the situation.

Since midnight, APD says there have been 52 crashes in Anchorage, with eight of those resulting in injuries. There have also been seven hit-and-runs, APD says.