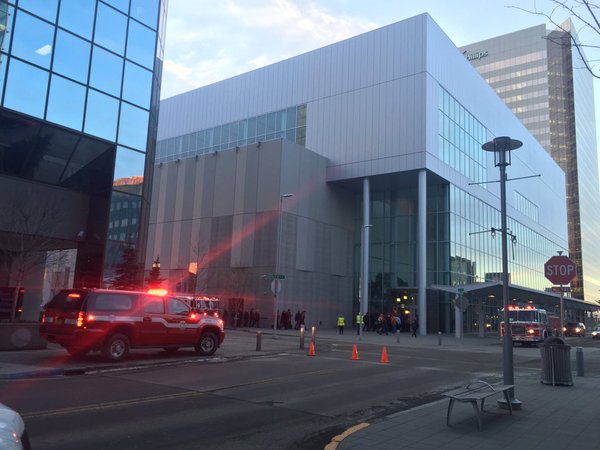 The Atwood building was evacuated Monday afternoon after employees reported a “strong burning rubber” smell. It was also described as a “terrible electronic burning smell” and set off alarms in the building, according to witnesses on scene.

The incident was first reported at 2:41 p.m., fire officials said.

Evacuees congregated in the Dena’ina Center to stay warm while Anchorage fire crews investigated the source of the smell.

As of 4 p.m., fire officials said the building had been cleared and everyone was able to go back inside. They said it was unclear what caused the smell.