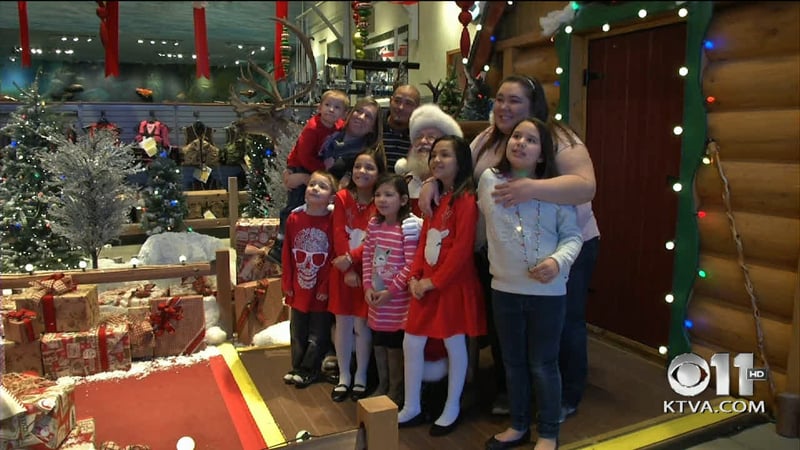 Santa Dan said many kids are after the high-tech gadgets this year.

“What do you want for Christmas?” he asked a boy.

“A drone,” the kid responded.

Some kids still want the classics, though, including one child who asked for Mr. Potato Head on Monday.

Bass Pro Shop recruited Santa Dan from the Sears Mall, where he worked for years. Kendra Wilson made a special trip so her kids could see “their” Santa.

“He has a sparkle to his eyes and he has a genuine rapport with the kids. He’s really good with them,” Wilson said.

Her almost three-year-old son, Jace, was eager to list off his presents.

These visits are a Wilson family tradition that started when Wilson’s daughter, Kayla, was just six months old.

“We had one year where she wasn’t quite ready to see Santa,” Wilson said as she pulled up a picture of Kayla screaming on Santa’s lap.

Leading up to Christmas, Santa Dan will visit with up to 1,000 people a day — children young and old, and even some four-legged friends.

“Sometimes the dogs are easier than the kids,” he laughed.

Each visit is a chance to share the magic of the season with the kids who can’t wait to see what he’ll bring them Christmas morning.