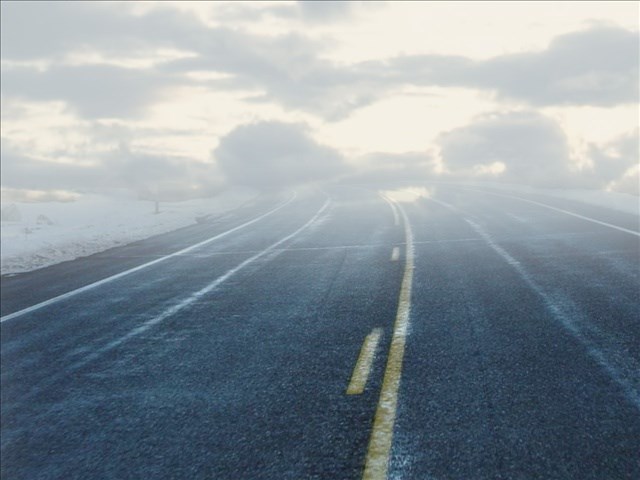 Driving on Gambell Street can sometimes be a gamble, with no road lines to guide drivers.

The paint between 15th Avenue and Fireweed Lane along Gambell and the Seward Highway has worn completely off in some areas.

“I’m very defensive,” said Anchorage resident Tillman Bradley III. “You have to be. To live in Alaska you have to be. I deal with it.”

It’s not just the regular wear and tear that’s taken its toll on the paint. It turns out the Department of Transportation only put down temporary lines after its construction project this fall.

It’s part of a two-year upgrade from Fifth Avenue to 36th Avenue. Crews will repave that area next summer and put down permanent paint called methyl methacrylate.

“It’s durable, it has extra reflectivity and so people have gotten used to that great paint in the Anchorage area,” DOT Spokesperson Shannon McCarthy explained. “When we put down temporary paint, it wears off much more quickly.”

Methyl methacrylate can only be applied to brand-new pavement in extremely dry weather.

Fifth and Sixth Avenues got that treatment two years ago. The striping on Tudor Road has lasted for five years; the lines on Dimond Boulevard, almost a decade.

McCarthy said DOT puts the paint into grooved lines on the pavement to help with the longevity.

“It has beads in it and it’s below the surface, so it gets a lot less wear and tear from cars.”

Northern Lights and Benson Boulevards are also halfway through a two-year construction project. Crews will repave and restripe those roads next summer.

DOT asks drivers to have patience and use caution on the winter roads in the meantime.