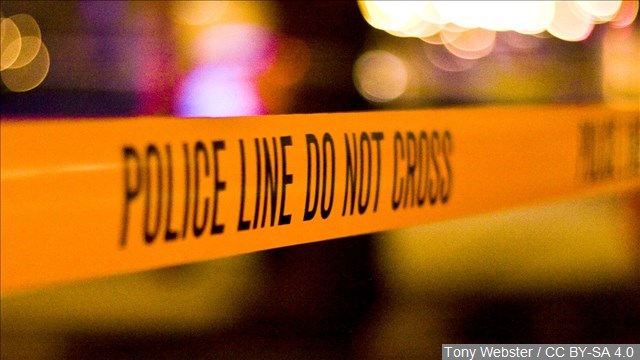 A 43-year-old man has died after being struck by a pickup truck on Christmas Eve, police say.

Police responded to the area of New Seward Highway and Northern Lights Boulevard just after 5 p.m. after the driver of a Dodge Ram pickup reported hitting a pedestrian, according to police spokeswoman Renee Oistad.

Other witnesses told police the man walked into traffic on New Seward away from the crosswalk and was then struck by the pickup.

“It looks to me like the pedestrian attempted to ‘beat the light’ and didn’t make it,” Oistad said in an email. “The light for northbound Northern Lights traffic had just turned from red to green. The driver of the pickup… proceeded through the intersection once they got a green light, crossed through the empty crosswalk, and then saw the pedestrian attempt to run across the New Seward westbound (NOT in the crosswalk, but after it). The driver attempted to brake and avoid the pedestrian but was unable to.”

Emergency personnel transported the man to a nearby hospital with life-threatening injuries, but he later died at 7:02 p.m., Oistad said.

The two right-hand northbound lanes of News Seward were closed for several hours while police investigated the crash. The driver remained at the scene and answered questions for police, according to Oistad.

“Per normal protocol, the driver was tested for drugs/alcohol but none of those things are suspected at this time,” she said. “So unless the blood test shows otherwise – the driver is not expected to be charged and/or cited with anything.”

Oistad said it was unclear if the man’s family had been notified as of Saturday.