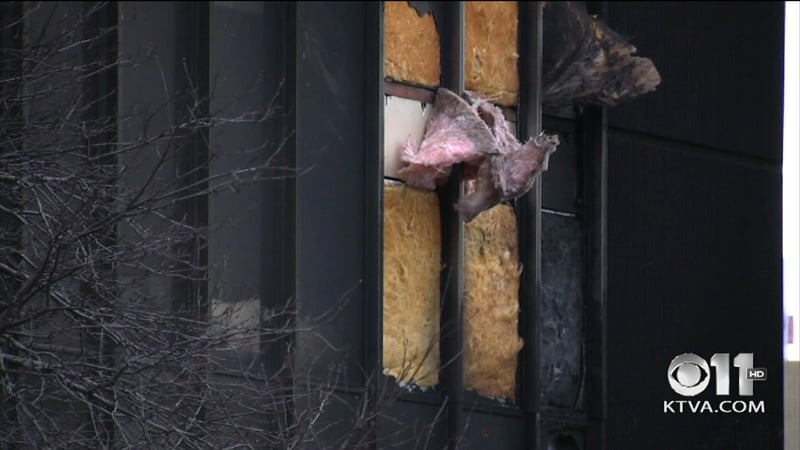 The Pacific Office Center was empty when a small plane crashed Tuesday morning. A couple hours later and it would have been a different story.

“I would describe it as apocalyptic, you know the strobes are going, the emergency lights are on,” said second floor manager of the Whale building, Mike Thomas.

He’s one of few people to see inside the building shortly after the plane crashed early this morning. The impact occurred on the floor he manages.

“‘I was able to access our floor and do a quick assessment,” Thomas said. “I discovered that one of our offices on the west side had been impacted by flying debris and the windows had been taken out.”

He described a scary scene, made better by the fact no one was at work when it happened.

“You don’t always think quickly or think clearly,” Leonard said. “You’re terrified and that can kind of scatter a person’s response.”

He said the evacuation plan should be clearly marked, and exit paths and doors kept clear.

He also said there’s a different response for each emergency. For a fire or an explosion, similar to what happened Tuesday, Leonard said to evacuate as quickly as possible. For an earthquake, he recommended sheltering in place under a desk or table.

“The real key is training on the plan that’s specific to your workplace,” Leonard said.

Training wasn’t needed Tuesday due to the timing of the crash, which is something Thomas called “lucky”.

“We’re a fairly crowded floor so thank goodness this didn’t happen two or three hours later,” he said. “These buildings would have been populated with people by the windows and that type of thing so it could have been much worse.”

Leonard said there are state and federal resources available to help employers create emergency plans for their workplaces. He said those plans should be practiced annually so they’re fresh in employees’ minds.