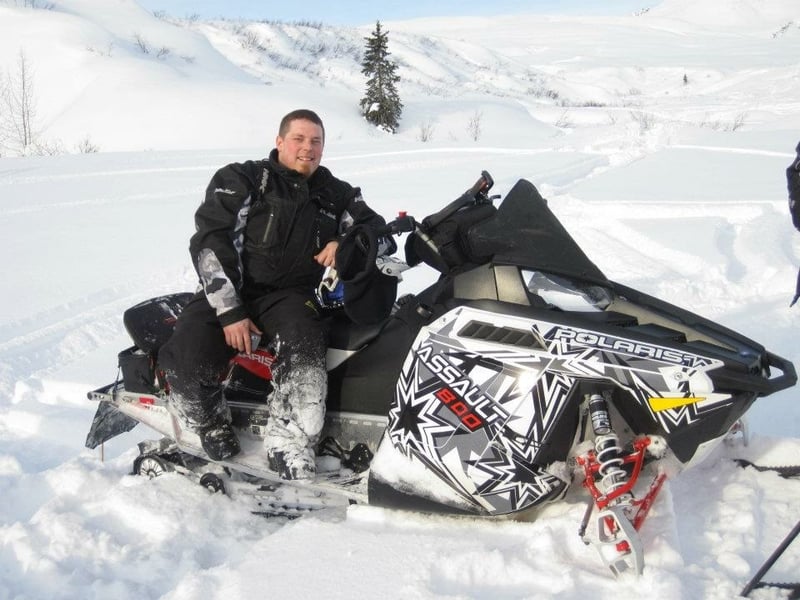 A man snowmachining with a group of friends at Hatcher Pass on Saturday died after being buried in an avalanche. His father, Tryg Erickson, has identified him as 35-year-old Dashiell “Dash” Erickson.

The group of three was traveling on the Willow side near Craigie Creek when the avalanche occurred around 2:30 p.m., burying Dash under roughly six feet of snow, according to the Chugach National Forest Avalanche Information Center.

Erickson said his son’s riding companions — who he said had “decades of experience” — didn’t immediately realize he wasn’t with them, but quickly turned around and began searching for him.

“They all had the avalanche inflatable devices, rescue beacons and probes,” he said. “The snow was so hard packed they couldn’t really pull him out, they had to dig to get him out to start CPR, but they believe he died instantly.”

Despite believing he was already dead, the pair performed lifesaving measures on Dash for about an hour, according to Erickson.

Troopers weren’t able to access the location to safely recover Dash before dark Saturday, so his friends went back to make sure he was in a secure location.

“His two riding partners reacted just the way I think all of us would hope our friends would react if it happened to us,” Erickson said.

Troopers, Alaska Park Rangers and the Alaska Mountain Rescue Group were able to recover Dash’s remains on Sunday, and transported them to the State Medical Examiner’s office, according to AST spokesman Tim DeSpain.

The avalanche hazard in the area remains high, according to CFNAIC’s website, and is expected to increase due to strong southeast winds of 20 mph with gusts up to 54 mph through Sunday.

Erickson said his son was born and raised in Anchorage, and since a young age had a passion for engines.

“Some of his first words were, as a two year old wanting a ride on a little mini-bike, he’d say, ‘go go!'” he recalled.

He said his son had been riding snowmachines of various sizes since the age of five, driving a few thousand miles every year from the time he was 10. He said many felt his nickname “Dash” was appropriate, given his love for riding.

“The way he died, heartbroken as we are, we all agree… he was doing what he wanted to do,” Erickson said. “We take comfort that he wasn’t being an idiot, he was just being Dash.”

Erickson said Dash was well known, and had friends all over Anchorage.

“It was getting to be really fun when people would say, ‘Oh you’re Dash’s dad,’” he said. “None of us will ever be the same, but he was certainly doing what he loved.”

Dash was working four 10-hour days a week, and going on adventures with his wife every weekend, according to Erickson.

“He truly lived the Alaskan lifestyle.”

The post Father of snowmachiner killed in Hatcher Pass avalanche talks about son’s passion for riding appeared first on KTVA 11.