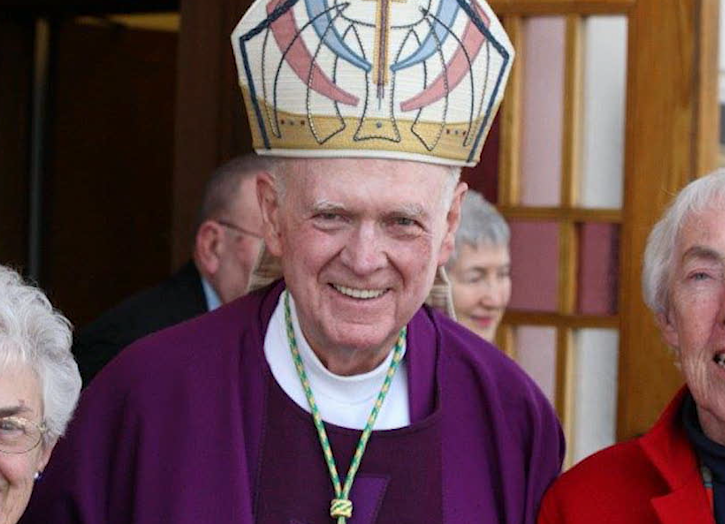 The Alaska Catholic community is mourning the loss of one of its top spiritual leaders. Archbishop Francis Hurley died at his home on Jan. 10, just two days before his 89th birthday.

“It’s a great loss because he was really well liked,” said Natalie Riendl after the midday mass at Holy Family Cathedral.

Riendl lived next door to Archbishop Hurley for more than 20 years.

“He was a good friend, a good priest and a real wonderful neighbor, he had love for the people,” she said.

Hurley was born and raised in San Francisco. He moved to Alaska in 1970, when he was appointed the auxiliary bishop of the Diocese of Juneau. There he built five Catholic churches and started a food program for senior citizens.

“Archbishop Hurley really took the Catholic church to more community awareness. I think he was the right person at the right time,” said Father Steven Moore of Our Lady of Guadalupe Parish.

Hurley met Pope John Paul II during the Pope’s visit to Anchorage in 1981.

Father Moore remembers Hurley as a spirited man who gave back to his community.

“He brought up the two brothers who started the Brother Francis Shelter, he was instrumental in Clare House. He was involved on the board of Alaska Pacific University,” he said.

For parishioners like Riendl, now is the time to heal through prayer.