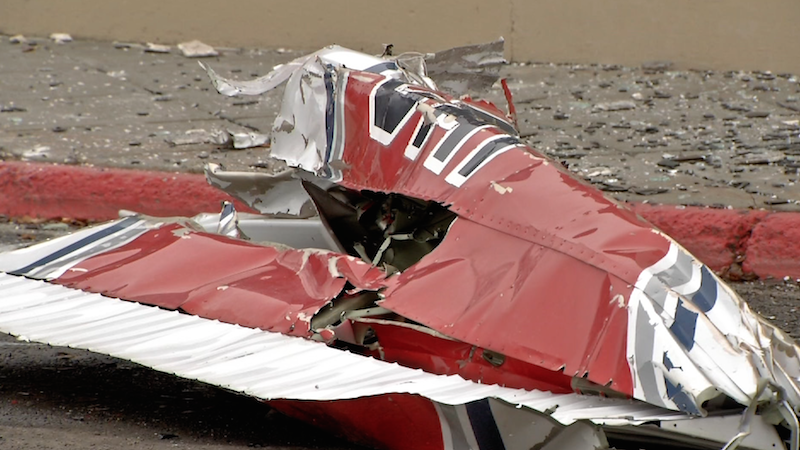 The pilot who crashed a plane into two office buildings in downtown Anchorage on Dec. 29 was flying “very low over the city,” according to witnesses quoted in a preliminary report from the National Transportation Safety Board.

The flight originated from Merrill Field at around 6 a.m., the report says. Just after 6:15 a.m., the Cessna 172 airplane, operated by 42-year-old Doug Demarest, flying in an easterly direction, struck the northwest corner of the downtown office building located at 1031 W. 4th Ave.

“The airplane’s right wing struck the building between the fourth and fifth floors, which severed the entire wing,” the report states. “The airplane’s wreckage continued traveling east while descending into an adjacent office building.”

The plane also struck an electrical transformer, resulting in a post-crash fire which incinerated the wreckage.

The preliminary report says dark night and visual meteorological conditions prevailed at the time of the crash. No flight plan had been filed, and Demarest was not authorized to fly the Civil Air Patrol plane he was in.

The Anchorage office of the Federal Bureau of Investigation (FBI) is in control of the investigation, NTSB says.