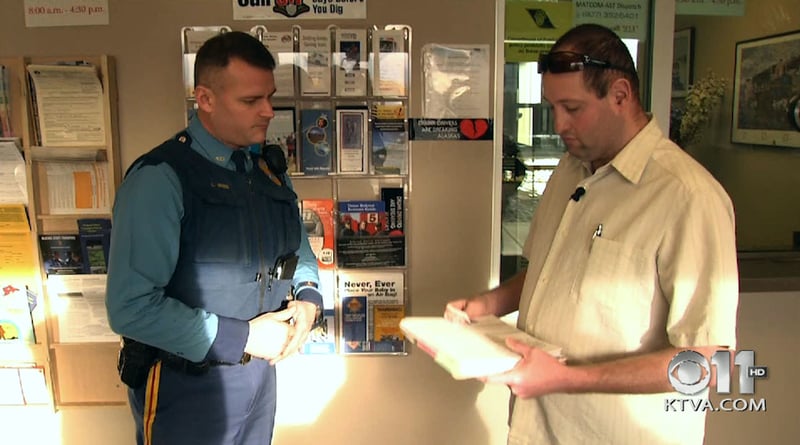 A Mat-Su Valley man is picking up the pieces after being conned by a woman he met on an online dating website.

“I was a little bit stand-offish at first because obviously she wasn’t a resident of Alaska, but then she said that she was attracted to me and that she wanted to come to Alaska and see what it was all about,” Wilson said, during an interview Friday.

After about three weeks of talking, Wilson paid for Elise to fly to Alaska and welcomed her into his home. Almost immediately, he says, she started pressuring him to make her part of his taxi business. So, he hired her as an assistant.

That’s when Elise started using his money without his knowledge. Wilson said she also bought two cars, one for her and one for the taxi company.

According to him, Elise was such a good con-artist that neither him, his dad or his brother could see what was happening. That is, until the Alaska State Troopers showed up at Wilson’s home earlier this week asking questions.

“Well how long have you been harboring her?” Wilson recalled them asking. “And I said, ‘Dude, I’m not harboring her. I’m just finding out about this, just like you are.'”

After her arrest, Wilson found documents in his home showing Burke bought those two cars using the stolen identity of a California woman. It was only in reading the documents that Wilson learned of what he’d lost.

“Probably about ten to twelve thousand dollars,” he said. “I’m willing to accept that as a learning experience.”

Wilson took the document to Troopers, hoping to get charges filed.

“Be cognizant of the fact that there are those type of people out there and that they will take advantage of you if they see an opportunity to do so,” said Green. “See if you can’t ask the person if you can do a background check on the individual. See if you can contact some friends or some family that maybe can vouch for that person’s identity.”

Burke, who has a history of scamming people through dating sites, is currently wanted on charges in Arizona and is facing extradition on an outstanding warrant. Wilson says he wants her locked up so she can’t scam anyone else.

The post Mat-Su man rebuilding after being conned by woman he met online appeared first on KTVA 11.