Library, gym at Anchorage school closed due to earthquake damage 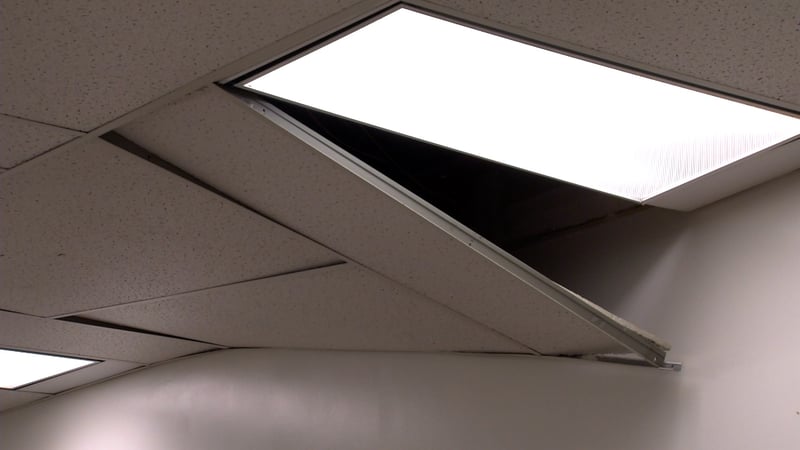 A recent 7.1 magnitude earthquake damaged the library and gym of Romig Middle School, according to Anchorage School District officials. The damage was extensive enough to warrant closing both facilities to the public until repairs can be made.

Following the Jan. 24 earthquake, assessments were done at all Anchorage schools, including Romig Middle School. The school district called for a more in-depth structural assessment of the library — shared with West High School — and the gym from an outside group, according to a statement from the school district.

“The firm observed two locations where damage was sustained: the ceiling grid in the library and the roof structure in the main gym,” school officials said. “The report indicated Romig’s main gym roof, specifically the roof diaphragm, is unsafe according to existing building codes.”

Engineers with the firm said ceiling tiles in the library could fall in the event of another earthquake, noting the flexible building “creates problems” for the more rigid ceiling frame during earthquakes.

School officials said scheduled events and classes would take place at alternate venues or be rescheduled.

“Our number one priority is to ensure the safety of our students and staff using those facilities, as well as the safety of community groups who rent the space, which is why we requested outside analysis,” said Superintendent Ed Graff in a statement.

An ASD bond proposal will be on the April municipal ballot, and, if approved by voters, could be used to make the necessary repairs beginning as early as this summer, according to school officials. Costs associated with the repairs have not yet been determined. Also included on the bond is a district-wide seismic study of school facilities.

We are doing safety checks at every school today. So far, damage has been minimal. This is Romig library. #akquake pic.twitter.com/QPRnRJsp3k

The post Library, gym at Anchorage school closed due to earthquake damage appeared first on KTVA 11.