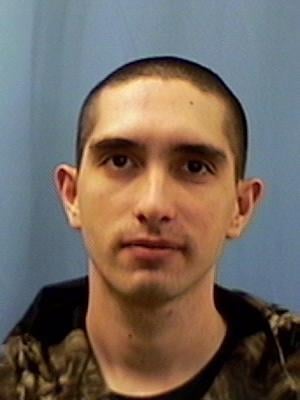 The search for a missing Alaska National Guardsman has been suspended, according to Alaska State Troopers.

After searching for nearly a week, search and rescue crews called off the search for 26-year-old Nephi Soper late Wednesday afternoon. AST spokeswoman Beth Ipsen said the case was still open, but until new leads can be found, search teams would be unable to continue.

Anyone with information on Soper’s whereabouts is asked to call APD at 786-8900, Alaska State Troopers at 262-4453, or other local law enforcement.

Five days ago, 26-year-old Alaska National Guardsman SPC Nephi Soper left for a hike from the Prospect Heights trailhead, headed to Joint Base Elmendorf-Richardson. He was reported missing on Friday.

Alaska State Troopers have been leading the search effort, and said the Air Force will search overnight Monday, as long as the weather permits, using electronic detection equipment. They have infrared laser imaging tools that can pick up the heat bodies give off.

With better weather Monday than over the weekend, troopers and the AKNG were able to use helicopters to search every valley along Soper’s planned route. The Alaska Mountain Rescue Group has been searching on foot with the help of soldiers since Saturday. The AKNG also dropped off four pararescuemen at Long Lake, and they skied down the north fork of Campbell Creek.

The guard says Soper has extensive training in land navigation and survival, as well as cold weather training.

“Often times, survival goes on between your ears,” said Trooper Chambers, who asked KTVA 11 not to use his first name. “If you’re not injured or hurt, there’s people in great shape that give up. And then there’s people that aren’t in such great shape that don’t give up, and that’s really the difference here. You can never give up. I wouldn’t be ready to write Mr. Soper off. We’re still very confident that we can hopefully have a positive conclusion here.”

Troopers are asking recreationalists in the area to report any food trash they might see. They said they know the exact food items and brands Soper was carrying, and that could help them find him.

Joint Base Elmendorf-Richardson officials reported a soldier was overdue Friday evening after he failed to return from a hike that kicked off at an Anchorage trail.

Nephi Soper, 26, was dropped off at the Prospect Heights trailhead around 7 p.m. on Thursday by a taxi, according to an online Alaska State Trooper dispatch. According to troopers, Soper “planned on hiking from [Flattop] to Long Lake and then traverse between Tanaina and Koktoya peaks and into the Ship Creek Valley. He planned on exiting on Arctic Valley Road and then onto Fort Richardson to attend training.”

After failing to turn up after 24 hours, the Alaska National Guard contacted troopers.

Alaska Mountain Rescue Group and members of Nephi Soper’s unit are searching for him in Arctic Valley. @ktva pic.twitter.com/6EkHuMg5Qz

Soper is roughly 5-feet-8-inches tall and weighs 150 pounds. He has black hair and brown eyes and is believed to have been wearing military issue clothing with “ACU pattern,” according to officials.

Troopers noted he is physically fit and that suicide was not being considered in this case.

About 40 people were involved in the search for Soper Sunday. Anyone with information on Soper’s whereabouts is asked to contact Anchorage police at 786-8900, or Alaska State Troopers at 262-4453.

Editor’s note: An earlier version of this report incorrectly stated Soper went missing on Friday at the Flattop Mountain Trailhead. This has been corrected.