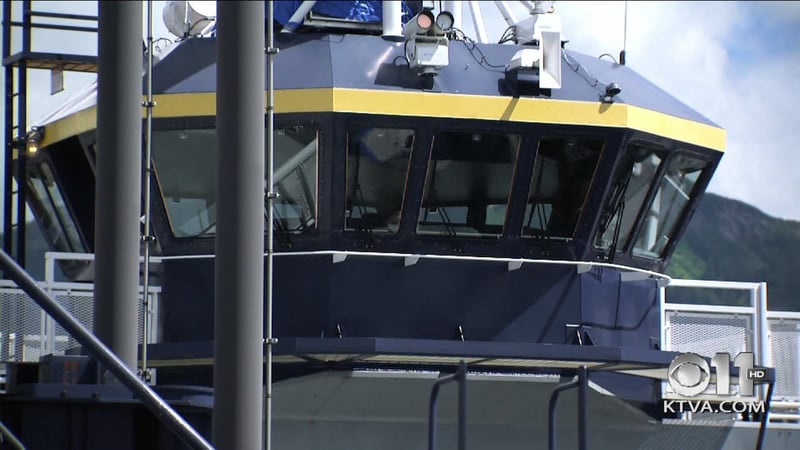 Another twist in the saga that is the ferry Susitna — the Mat-Su Borough Assembly was all set to vote on what could have been the final chapter in the failed and costly project Tuesday night, but instead they voted to postpone that vote.

The M/V Susitna was supposed to shuttle passengers from the Mat-Su Valley to Anchorage. The borough borrowed millions dollars from the feds to pay for it, but say the project fell apart when the Municipality of Anchorage pulled out.

“There truly is a fine line between tragedy and comedy, and sometimes you have to wonder if the universe is laughing behind our backs on the Susitna,” said Borough Assembly member Jim Sykes.

It took the borough four years to find someone who would buy the ferry. The Red Cross in the Philippines is offering $1.5 Million, as long as it’s working. But then — another twist — weather damaged one of the Susitna’s engines. They’re now looking at $3 million in repairs, more than originally expected.

At Tuesday’s meeting, the Assembly delayed a decision to pay for those repairs, but they’ve already sent the boat on its way.

“At the last meeting, we did take a direction. We moved the boat from Ketchikan and expect it’ll arrive in Seattle, and we made that decision based on incomplete information,” Sykes said.

They’re waiting for the Red Cross to sign an extension, and if all goes well, they’ll vote to spend the money on the repairs.

But the ferry could arrive in Seattle, only for the deal to fall through.

He says they’re hoping their insurance company will reimburse them for the ferry’s trip to Seattle and the repairs.

“Everything about this doggone boat has gone wrong. Every single thing,” he said. “The only thing that they did right is they painted a logo on the side of it and we’re just trying to get out of this gigantic floating pickle.”

The Borough is waiting to vote because they’re expecting the signed agreement from the Red Cross in the Philippines next Monday, and they plan to vote on the spending the money for the repairs the following Tuesday.

Meanwhile, the ferry is expected to arrive in Seattle Wednesday evening.

As far as the $12 million they still owe the federal government, Moosey said they’re trying to convince the feds to significantly reduce the amount, because everything they did was in good faith and the ferry failed because of circumstances out of their control.