Fur Rondy forced to modify events with lack of snow 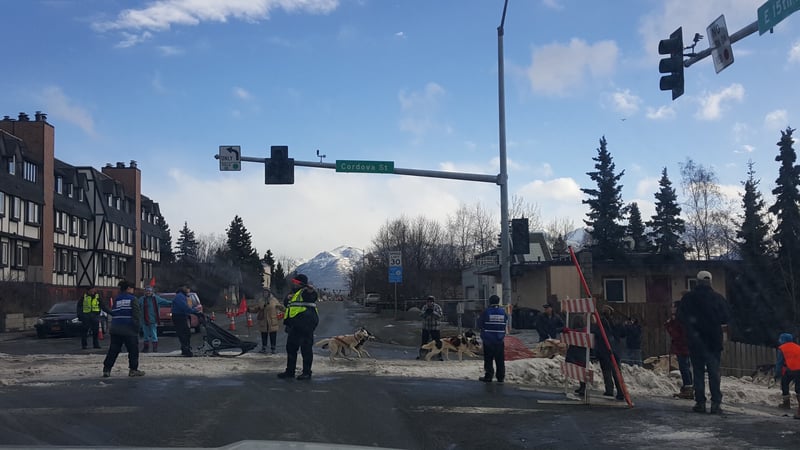 This year’s lack of snow in downtown Anchorage has made planning for the 2016 Fur Rendezvous a bit of a challenge.

“This is the craziest of them all, and I can say that from a unique standpoint because I’m a retired weather service employee,” said Gary Hufford, Fur Rondy Board of Directors.

Anchorage has seen less than eight inches of snow since Dec. 1, 2015, most of which has melted off during nearly record breaking heat.

“It really depended on us getting through that weather last weekend, and when that turned all to rain, we were done,” Hufford said.

Organizers say thanks to the city stock piling enough snow and making a 5-mile and 4-inch thick path, that event will still go on, just as a modified race. Most of the other events will continue.

“Don’t think that because we don’t have snow we’re cancelling a lot of things,” Hufford said. “No, the reindeer races are on, the outhouse races are on.”

A new event was added to the lineup this year that doesn’t depend on the weather — Several hundred fat-tire bikers will ride a five mile loop.

“You can bike on pavement, on ice, on sand on gravel, on snow,” said Katie Merchant, Big Fat Ride Organizer.

Greg Matyas, the owner of Fatback Bikes, says fat tire biking continues to grow in popularity. He says they couldn’t keep up with the demand in 2007 and it’s been that way every year since, especially with the invention of studded tires.

“A few years ago a company, 45 North, came out with a very good studded tire and that’s what’s kept us going through these three very marginal winters in a row,” Matyas said.

Not all races could survive the heat though.

“The only event we’ve been hurt with is we have a rink here on Ninth Avenue that has just been too warm, we’ve had to cancel those hockey events, but hockey is still on at Goose Lake,” Hufford said.

The post Fur Rondy forced to modify events with lack of snow appeared first on KTVA 11.