FRANKLYWNOW - Local meat on the menu at new Wasilla restaurant

Local meat on the menu at new Wasilla restaurant 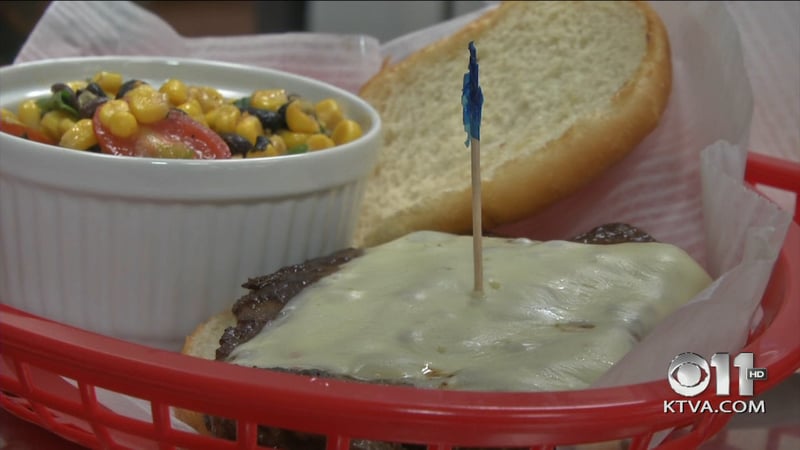 Customers at the Loose Moose Café in Wasilla always get their perfect burger, because they get to add the fixings themselves.

She’s been working in the food industry since she was 12 years old. Wuitschick said she knows what works and what doesn’t when it comes to running a restaurant. That’s why she decided to add a “Burger Bar” to cut down on the amount of food people throw away, which saves her money.

“The tomatoes, when they start to look a little not good for a burger, we freeze them and put them in our chili. There’s no waste whatsoever,” she said.

Wuitschick said it’s what’s in her burgers that really makes the Loose Moose stand out though. All the meat is purchased from her husband’s company, Indian Valley Meats.

It’s not just beef you’ll find on the menu; the Signature Burger also adds locally raised pork and buffalo to the mix.

“There’s lots of good food and good places,” Wuitschick said. “You have to have something special to make it. That’s the only reason why it’s successful is the product.”

Indian Valley Meats is a big name in Alaska and one customers appreciate.

“I’m all about local. We hunt, fish, buy hogs and butcher our hogs,” said Andrew Lundale who was eating lunch with his three-year-old daughter Aria.

Wuitschick said since Loose Moose opened on Feb. 22, more than 1,000 people have come through the door. Counter worker Dowie Ferguson said she thinks the restaurant fills a void in the Valley.

“Especially this end of town, there’s nothing like down here,” Ferguson said about the Value Village strip mall along the Parks Highway. “If you’re down by Safeway, there’s every fast food restaurant known to man down there. There’s nothing like that down here in this area.”

Wuitschick hopes her hyper-local flair will keep customers lining up.

The post Local meat on the menu at new Wasilla restaurant appeared first on KTVA 11.