FRANKLYWNOW - Man shot, killed in Sutton while photographing others shooting

Man shot, killed in Sutton while photographing others shooting 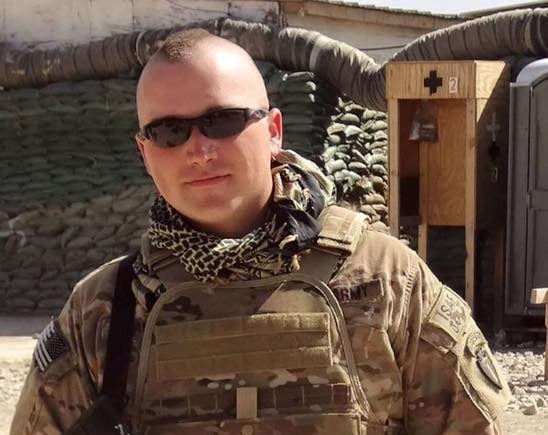 An Anchorage man was killed Saturday after stepping into the line of fire while attempting to visually capture other people shooting guns in Sutton, according to Alaska State Troopers.

Troopers were first notified of the incident at 10:36 p.m. when someone called to report a gunshot wound victim at a place known by locals as the Gravel Pits in the area of Jonesville Mine Road.

When troopers arrived, an individual at the scene was performing CPR on 30-year-old Army veteran Adam Malaby.

Malaby was medevaced to Providence Medical Center, in Anchorage, where he was pronounced dead.

“Investigation revealed Malaby had stepped in the line of fire while attempting to video or photograph others shooting and was shot by another individual that was firing a .40-caliber pistol,” troopers explained.

The area they were shooting in isn’t an official shooting range, but the sounds of gunshots and all-terrain vehicles are a constant. After living nearby for more than two years, James Meyers said he’s gotten used to some of the noise.

“The ricochet bullets and the explosions you don’t really get used to; makes me nervous every time,” he said, adding that when he learned that a man had been shot and killed over the weekend, it didn’t come as a surprise. “I figured it was only a matter of time. With all that goes on up there, so many people shooting and so many indiscriminate directions without really any rules or guidelines.”

Many are questioning how someone like Malaby, trained to handle firearms, could end up downrange. Others, like Dillon Barron, who’s been to the gravel pits and now avoids the area, said it’s likely he didn’t know he was in anyone’s way.

“I have had cases where people have fired guns in my direction from behind me,” he explained. “There’s usually never a firing line established and other shooters fail to communicate with one another if they have to go downrange. This is where it gets dangerous. Add alcohol and ATV riders to the mix, and you can easily see how it’s an accident waiting to happen.”

Meyers also painted a grim picture: “Alcohol, drugs, there’s people talking about hypodermic needles sitting out there. Some people are comparing it to like the ‘Wild West.’ You can just go out there and do what you want to do.”

Troopers said they’re investigating whether or not alcohol was involved and would not release additional details of Malaby’s activities leading up to the shooting or about the event where the shooting occurred, citing their ongoing investigation.

Meanwhile, Meyers said the Sutton Community Council met over the weekend, just before the incident, to discuss possible ways to regulate the gravel pits, so people can still enjoy them, but do so safely.

Malaby’s next of kin have been notified of his death.

The post Man shot, killed in Sutton while photographing others shooting appeared first on KTVA 11.