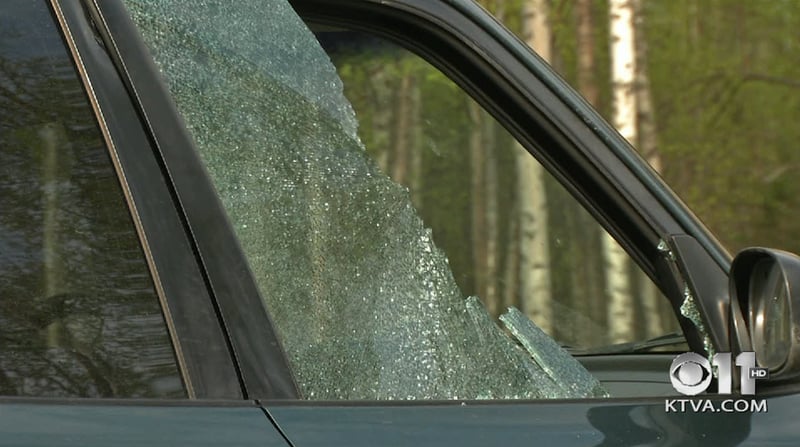 Alaska State Troopers are investigating a string of car break-ins in a Knik-Goose Bay Road neighborhood.

“It’s a perfect neighborhood. My kids can go and play. I don’t worry about them,” Doyle said. “There’s times I’ve left my doors unlocked and don’t even think about it.”

Tuesday morning, her car was one of several in the area hit by thieves.

The $600 in cash from her garage sale was concealed in the glove box; she was going to take it to the bank that morning. Now it’s gone.

Doyle’s 13-year-old daughter, Kaylee, is a diabetic. The suspects stole her insulin kit the family stashed in the car for emergencies.

“That values alone for $1,200 and it’s just one emergency needle,” Doyle explained. “It’s devastating, especially to a single mom who’s struggling with the financial aspect of this disease to begin with.”

She said most of her neighbors don’t lock their cars. Her car window and her sister’s car window were the only ones the suspects broke. Doyle said it’s not just the glass that’s shattered, but her sense of security in her own home.

“It’s not fun to have to pick up the pieces and try to help them feel safe again. If something’s going to be taken from our own yard while we’re still here, what’s next?”

Doyle said one of her neighbors may have caught the suspects in the act and reported it to troopers. He saw them drive off in a red Jeep and a dark colored, older model Jeep with a Tampa Bay Buccaneers sticker.

She said it might have been an easy buck for thieves but it was an expensive and emotional ordeal for her family.