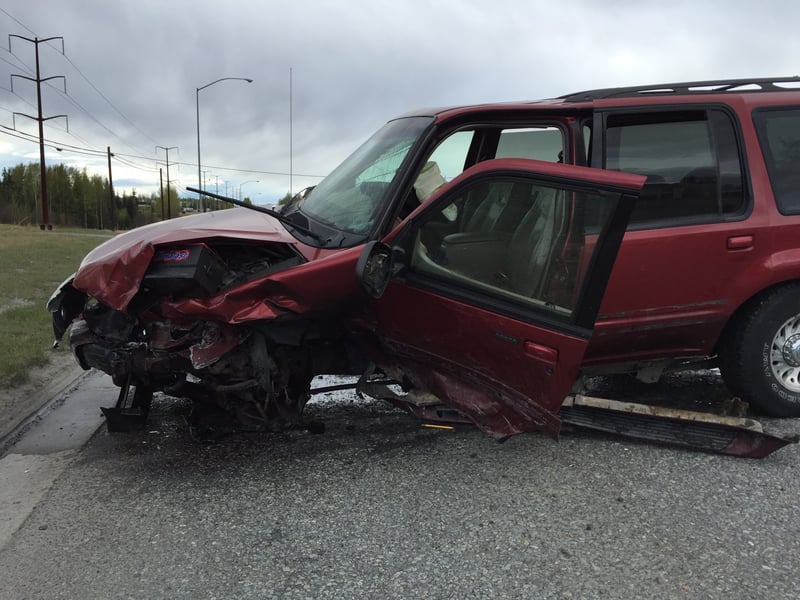 The crash was reported at 3:08 p.m., according to Anchorage police spokeswoman Renee Oistad. She said the vehicles blocked nearly all lanes of Tudor Road, forcing them to close Tudor at the scene in both directions for roughly an hour.

Oistad said none of the injuries were life-threatening, although one driver was taken to a local hospital following the crash, according to an officer at the scene.

The cause of the crash was not immediately clear, according to Oistad. Both vehicles suffered significant damage in the crash.