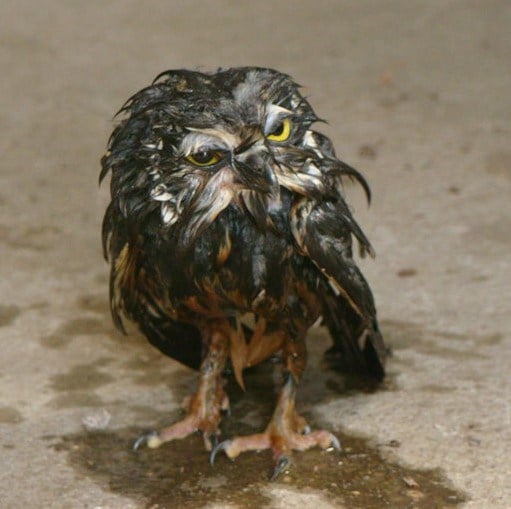 Even in the off-season, Potter Marsh is a popular place to look for birds. Before thousands flock to the wildlife refuge this summer, the Alaska Department of Fish and Game wants to make sure the birds don’t end up in a tight spot.

“We’re doing some preventative measures to keep our fine-feathered friends from entering the vents of these outhouses out here,” technician Ivan Caric said as he installed a metal screen on the latrines at the Potter Marsh pullout.

The covers go on top of the ventilation pipes of roadside rest stops. It’s part of a nationwide effort to prevent birds nesting or falling in. The Teton Raptor Center in Wyoming started the Poo-Poo Project in 2010 after a number of owls ended up in stinky situations. The center has now distributed about 8,000 screens to agencies in 32 states.

“There was one survey they did in Nevada and they looked at all these pipes, and they found nearly 1,000 dead birds in the pipes and vault toilets,” refuge program coordinator Joe Meehan explained.

The vent covers are an inexpensive fix, less than $50 a piece. Meehan said Alaska hasn’t had too many problems reported but the department wants to be proactive.

“If an owl or other cavity nester is looking for a spot, a vent pipe might be attractive,” Meehan said. “Other birds too land on the pipe and drop down in there and they’re stuck; there’s no way to get out. We don’t want them to die that kind of death in a vault toilet.”

Fish and Game also has plans to put covers on the outhouses at Reflections Lake and Cottonwood Creek in the Palmer Hay Flats State Game Refuge in the next couple weeks.