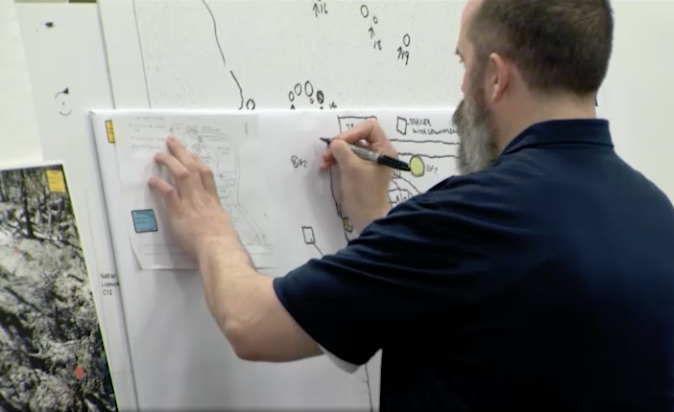 Day six of the Sockeye Fire trial was all about the defense.

Attorneys argued that the state’s claim against the Anchorage couple accused of starting the blaze is “inconsistent with common sense and the facts of the case.”

After about six hours on the stand Thursday, state fire investigator Ethan Eley returned to the hot seat for more questioning.

He previously told the jury he is certain that the more than 7,000 acre Sockeye Fire started from a non-extinguished, unattended burn pile on the west side of Greg Imig’s property in Willow.

During cross examination Friday, Eley didn’t change his story. But Imig’s attorney, Kevin Fitzgerald, worked to point out as many holes as possible.

The defense argued that Eley did not follow certain wildfire investigation guidelines, therefore raising questions about the accuracy of his report.

It was Eley’s job to determine the source and origin of the fire.

The defense questioned him in extreme detail about pictures he took on Imig’s property, which Fitzgerald says aren’t thorough enough to prove that the fire couldn’t have started elsewhere.

In recorded interviews played for the jury earlier in the week, Imig and his wife, Amy DeWitt, told fire investigators that they had conducted illegal burning without a permit the same weekend the fire started.

However, in every recording the couple said they didn’t believe their actions were the cause.

Imig and DeWitt now face 12 charges each related to starting the fire and the damage left behind.

The trial will continue on Monday.

The state says they plan on recalling 911 dispatcher Rebecca Frey to the stand, as well as fire investigator Tom Greiling, who worked alongside Eley.