FRANKLYWNOW - ‘It was like driving through Hell.’ Sockeye jury hears testimony

‘It was like driving through Hell.’ Sockeye jury hears testimony 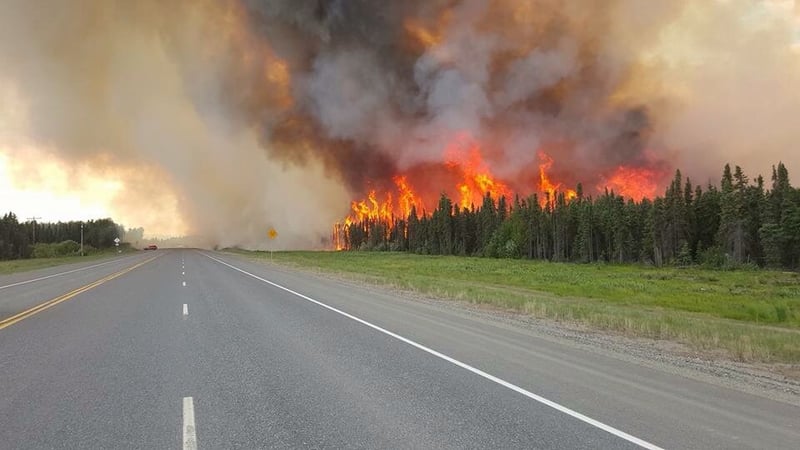 State prosecutors are working to make their case against Greg Imig and Amy DeWitt, the couple accused of starting the 2015 Sockeye Fire.

The prosecution wants the 10-person jury to hear from people they call victims of reckless endangerment and began calling people who lost their property or homes to testify.

Imig and DeWitt sat quietly as the jury listened to the victim’s stories of evacuation, loss and close calls.

Willow musher Jan Steves also watched and was brought to tears when her husband Bob Chlupach was called to the stand.

“No one told me to evacuate or get ready to evacuate,” Chlupach said.

Chlupach said they lost everything to the fire, including their home– which wasn’t insured.

“We ended up loading up in the vicinity of 46 dogs and transporting them off-site,” Chlupach said. “I left a lot of memorabilia that dates back 155 years, it’s one-of-a-kind memorabilia that is irreplaceable.”

She told the jury she lived on 40 acres in the heart of where the Sockeye fire burned.

Goodman was alone on that June Sunday back in 2015 when the blaze first broke out and testified that her two sons and neighbors came to pack up whatever they could fit in her truck and trailer.

Goodman said she was the last one on the property and was preparing to flee when she got a call from one of her sons telling her that she wouldn’t make it out of the driveway. She said she was trapped.

Goodman told the jury she was eventually able to escape using a four-wheeling trail south of her property.

Miraculously, her home didn’t burn, but, she did lose much of her land, as well as several animals.

Fifty-five homes burned in the more than 7000-acre fire.

In the months that followed, victims and their neighbors worked to rebuild their lives.

Meanwhile, Imig and DeWitt were hit with a dozen charges, each related to starting the fire, such as reckless endangerment, criminally negligent burning and failure to obtain a burn permit.

State fire investigators say the wildfire started on Imig’s property from an unattended burn pile that wasn’t put out properly.

When KTVA first interviewed Bob Chlupach after learning about the charges filed against Imig and Dewitt, he said, “In some respects I feel a little sorry that they are caught in this mess and I know they didn’t intend it.”

But on the stand nearly two years after the fire started, it’s not about what the witnesses think– it all comes down to the jury and whether or not they will find Imig and DeWitt responsible.

If found guilty, the couple could be liable for up to twice the cost of damages caused by the fire, including what was spent to put it out.