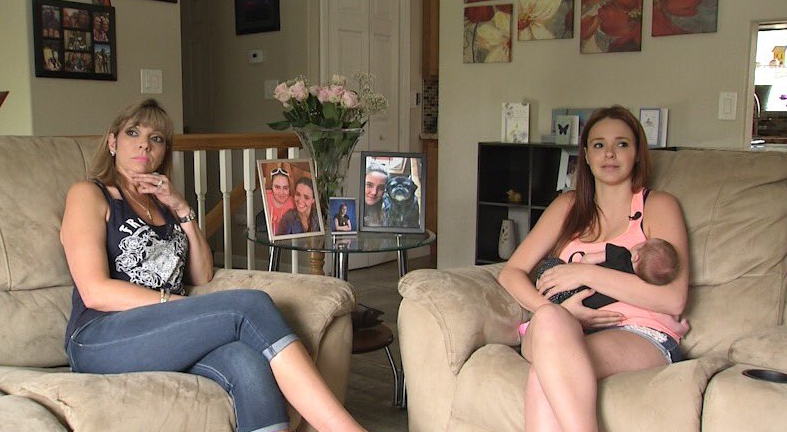 “[Police said] that it was a shot from Victor Sibson, that he shot my daughter,” said Sheila Lopez, Haag’s mother.

Lopez spent the majority of the month since her daughter died thinking Haag’s boyfriend of six years, 21-year-old Victor Sibson, killed her before attempting to take his own life.

“I was hurt because Victor has been part of our family. He called me mom,” she explained.

But Haag’s family now knows investigators have a new theory. They believe a single shot traveled through Sibson’s skull and into Haag’s chest as she tried to save him.

“Knowing my daughter, I would do the same thing, too. If someone was trying to kill them self, I would go and try to stop them, and I know that that’s what she would do. So, now it makes sense to me,” said Lopez.

“I’m very angry– that anger will never go away,” she said.

“I think a lot of it is still hard to grasp of how is it just one bullet, you know? And how does it go through one person and then the other person and kill the second person? It’s just not fair,” said Chelsea Hartman, Haag’s sister.

“They always seemed happy. Always hugging, always kissing, always for each other. There was no greater love than what they had.”

Haag worked with rescue animals and wanted to be a vet one day.

“She would come to my house with these dogs and ask me, ‘Mom, can you adopt this dog?’ No, Brittany, but thank you anyway,” Lopez remembered.

As they try to heal, Lopez has a message for others facing dark times, “[Suicide] affects a whole bunch of different families, whoever’s around that person. Just get help.”

The family says Haag’s final act of saving her boyfriend isn’t her last. They told KTVA they were able to donate some of her organs, and her skin went to burn victims in Anchorage, affected by the Royal Suite Apartment fire.

If you or someone you know needs help, reach out to the National Suicide Prevention Hotline at 1-800-273-8255.

The post ‘Just get help’: Family of woman killed in boyfriend’s apparent suicide attempt speaks out appeared first on KTVA 11.