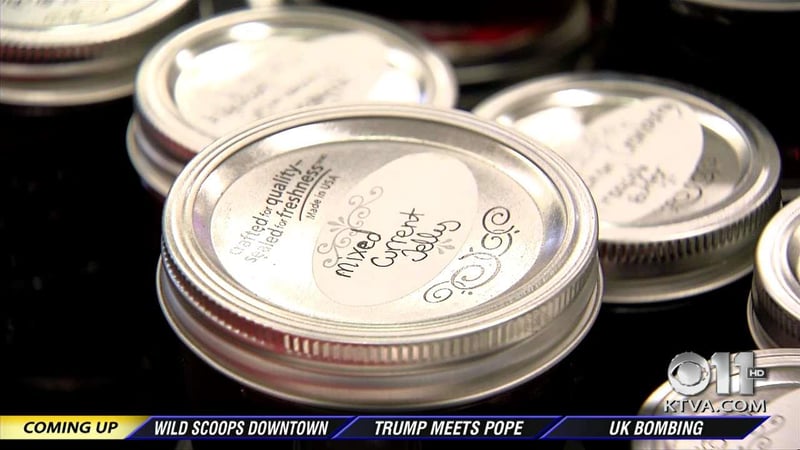 You could see some new vendors at the farmers’ markets popping up around town after the Anchorage Assembly approved lowering the permit fee for cottage foods.

Cottage foods are non-potentially hazardous items made in home kitchens that earn less than $25,000 a year. A permit to sell cottage foods at markets used to cost $310, but the assembly lowered it to $50 Tuesday night.

The Center Market at the Mall at Sears doesn’t have many cottage items, but manager Alex Davis says a cheaper permit might change that.

“That permitting, having it stabilized and lowered, definitely makes it easier to get into producing things,” he said.

According to Davis, the $310 permit stopped many in their tracks who were worried about turning a profit. When you add in a business license, insurance and startup costs, it was too high a burden– which has now been made much lower.

“I think you will probably see more people doing small-scale production, whether it’s jams, baked goods, whatever– where they can actually help their families make ends meet, and I think that’s important, especially when our economy is in a recession,” said Davis.

For shoppers, new vendors could mean more of the specialty items they look for at the markets.

“I think something using herbs would be really great, maybe some salad dressings or some kind of marinades or things like that,” said Amalia Steinberg, a farmers’ market regular. ”I think it’s good for the local economy for some of those smaller producers to be able to sell their product more easily to a wider audience.”

According to the Anchorage Health Department, the price change came at the request of residents and the understanding every dollar makes a difference.

“They’re allowed to sell up to $25,000 per year so they really are small businesses and we want to be able to support them in any way that we can,” said deputy director DeeAnn Fetko.

Fetko said there are still some discrepancies between state and municipal law when it comes to cottage foods, but they’re working towards fixing those issues and aligning the policies.

At a difficult time for many in Anchorage, the lower permit fee could be the opportunity to go from cottage to career.

“Ultimately, I think that’s the true goal of cottage is to foster growth so that when somebody gets big enough, they can actually go, there’s enough money here where I can take the next step into a commercial kitchen and have a real shot at a business,” said Davis.