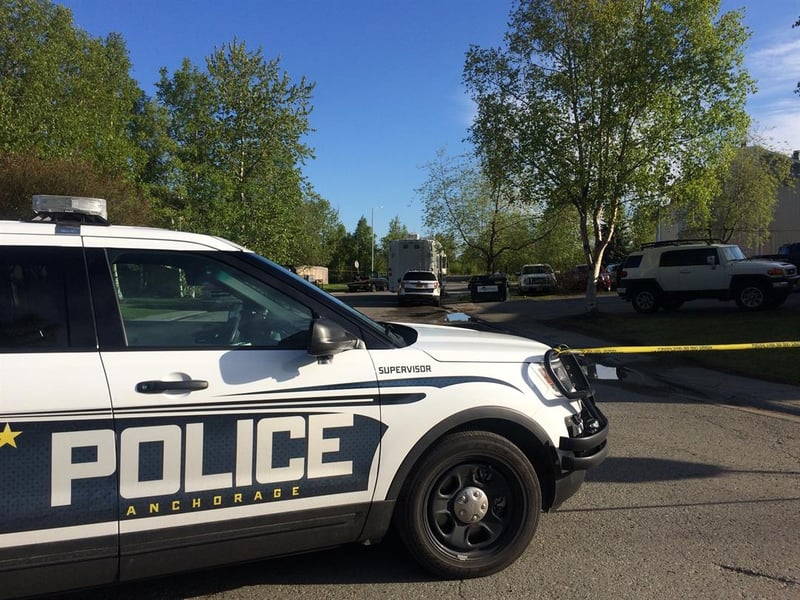 Anchorage Police officers were involved in a shooting early Thursday morning while pursuing a suspect through a South Anchorage neighborhood.

Numerous Anchorage Police Department (APD) officers, along with a K-9 unit, were called to the area of 1200 China Berry Circle around 4:30 a.m. to investigate a report of a prowler, Acting Deputy Chief Ken McCoy said during a press conference Thursday.

When they arrived, officers discovered that someone had broken into multiple vehicles in the area. They saw a man matching a description given to police running through yards and between houses.

The suspect, later identified as 32-year-old Howard Wayne Watson, Jr., of Anchorage, refused to cooperate with police commands. A Taser was used but was ineffective in stopping him.

Watson then reportedly pulled out a hatchet and was shot multiple times by an APD officer near the intersection of Morningside Loop and Golden Dawn Circle, McCoy said.

He was taken to an Anchorage hospital where he remains in critical condition.

In a release sent Thursday morning, APD said they “had made contact with all people involved” and are not currently looking for anyone else.

The investigation into the incident is ongoing.