Don’t call 911 to report mommy moose on the Glenn 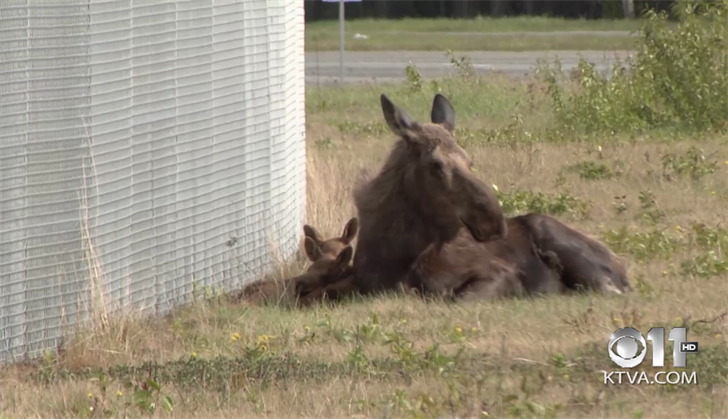 Anchorage Police say they’re being inundated with 911 calls reporting a moose with her newly-born calves off the Glenn Highway– and they want you to stop calling.

The mommy moose and her twins are on the inbound side of Glenn Highway near the Fort Rich overpass, near where she gave birth several days ago.

Wildlife officials have checked on their condition, and APD says they are doing just fine.

Mom and calves will likely stay in the area several days and officials cannot relocate her or her babies.

APD says they’ve had more than 100 calls to 911 reporting the moose, and they ask residents to not tie up emergency phone lines for non-emergency situations. They did say, however, if you see someone attempting to harm the moose or her calves to give them a call.

KTVA observed many vehicles pulling over to the side of the road to observe and take photos. APD says they’ve also had several reports of near-collisions from people stopping to take photos– they ask you refrain from doing this, as well. APD says it’s possible Mom may get agitated if people get too close and could prompt her to charge or stomp someone.

The post Don’t call 911 to report mommy moose on the Glenn appeared first on KTVA 11.