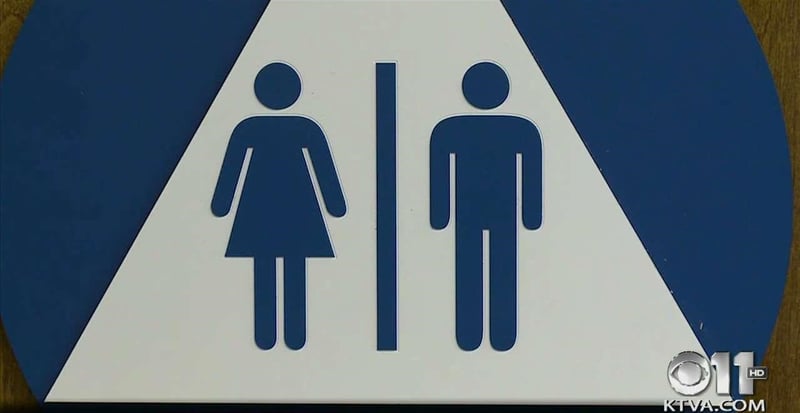 The equal rights fight in Anchorage is heating up this summer; there’s a petition going around right now to change the muni’s anti-discrimination ordinance.

But, another group of activists is urging voters to “decline to sign”.

The group “Fair Anchorage” is asking people to pledge not to put their signature on what they call an “anti-transgender” petition that’s being circulated by the sponsors of the “Protect Our Privacy” initiative.

Fair Anchorage formed two years ago after the assembly passed the muni’s anti-discrimination ordinance. The coalition of businesses, faith organizations and LGBT advocates doesn’t like the “protect our privacy” initiative for a number of reasons.

Fair Anchorage says the initiative would bar the city from recognizing the existence of transgender people because it defines sex, for all municipal purposes, as an “immutable biological condition” determined at birth.

In addition, the petition would allow private employers and others to designate their bathrooms as same-sex– only if they choose.

“To be unjustly feared is more than a painful experience,” said Denise Sudbeck, a transgender woman. “To know that I am not trusted to be a responsible person cuts deep into my sense of what it means to be a human being and it violates everything that I know about fairness.”

The initiative is sponsored by Kim Minnery, whose husband Jim is the president of conservative Christian group Alaska Family Action.

They argue that changes to the muni’s equal rights ordinance are critical and that the government should not be allowed to force businesses or individuals to be exposed to members of the opposite sex in intimate spaces.

“The way the current law exists right now, the people that are women and girls in intimate spaces feel very much discriminated against, so, that’s who we are representing right now are those folks who feel that their intimate spaces are being violated and being encouraged by the government for that violation. And, so we’re very happy to stop that kind of discrimination,” Minnery said.

In order to get the “protect our privacy” initiative on the 2018 April municipal ballot, the Minnerys must collect nearly 6,000 valid signatures.

Jim says they are well on their way to meeting that goal, despite Thursday’s announcement of the “decline to sign” campaign.