FRANKLYWNOW - Hope for salmon at Eklutna Lake after dam removal

Hope for salmon at Eklutna Lake after dam removal 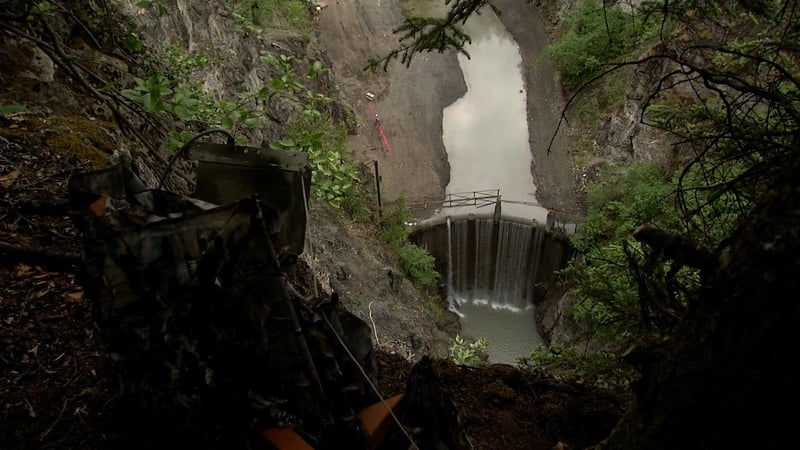 Work has begun to remove an old dam on the Eklutna River so that water can flow and fish can once again swim upstream.

Brad Meikeljohn is with the nonprofit Conservation Foundation, the group that is funding the dam removal, which he called, one of the most ambitious restoration projects in the state.

Meikeljohn said the dam was built in 1929 to supply hydro-electric power to Anchorage. It was abandoned when the federal government built a different plant several decades later. Meikeljohn said there’s been no maintenance on the dam for at least 50 years and a general agreement that it needs to come down.

“The fish can only come so far in this canyon and then they are blocked by the dam,” said Meikejohn. Obviously they can’t jump 70 feet over the concrete dam. So the idea is to remove the obstruction to their fish passage and allow them to get further up the canyon and eventually to Eklutna Lake.”

Meikeljohn said removing the dam would give king salmon an additional eight miles of river in which to spawn.

Red salmon might go even further to spawn in the lake. Meikeljohn said restoring fish to Eklutna Lake would likely take several years. But, he added that removing the dam was only the first step in the project. He said negotiations are underway with local power companies that control 90 percent of the water coming out of Eklutna Lake to allow some of it back into the river.

Workers are expected to begin chipping away at the dam in July. Meikeljohn said it should be removed by October. He said no state or federal funds are paying for the project. The Conservation Foundation has raised $6,500,000 in private donations and is looking to raise a million more.

The post Hope for salmon at Eklutna Lake after dam removal appeared first on KTVA 11.