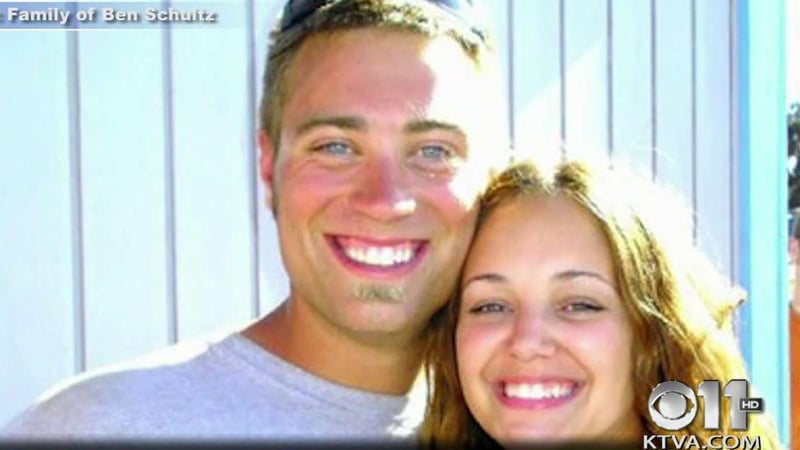 The Anchorage Fire Department said one of their firemen, 29-year-old Ben Schultz, was found on the ground behind Truck 5, a 100-foot aerial ladder apparatus, during a training exercise June 5. The injury left him in critical condition at a local hospital.

Nearly a month later, a family blog post says Schultz is heading to Craig Hospital in Denver, Colorado for rehab. His father says Schultz will be escorted from Providence to the Airport Thursday morning. His flight is scheduled to leave at 5 a.m.

AFD Deputy Chief of Operations, Jodie Hettrick, in a June press conference said Schultz remains hospitalized but wouldn’t elaborate on the nature of his injuries other than to say he was not burned.

Schultz’ family said in a blog post that there have been encouraging signs in Ben’s limbs and eyes. Both of his ankles were broken in the incident, the family says.

Ben underwent a tracheostomy and surgery on his “very broken right ankle,” according to posts on CaringBridge.org, and is now wearing casts on both ankles.

Doctors expected to wean Ben off of sedatives. The family said that’s to see if Ben wakes up if he can breathe on his own, and if he can open his eyes; they say it’s unknown what will happen.

Posts went on to say friends and family are with him at Providence Hospital — including members of his firefighter family, and the Schultz family is thankful for the outpouring of support and prayers from friends, family and members of the community.

AFD said that the State of Alaska Occupational Safety and Health Administration (OSHA) was contacted and is investigating the incident.

If you’d like to support Schultz and his family, there’s a fundraiser planned for him next month. Elite Sports Performance and Firefighters Local 1264 are sponsoring the event. The fundraiser is Friday, August 4 at Elite Sports Performance. The address is 801 E. 82nd Avenue. It starts at 6:30 and features live music, a barbecue, beer and wine and a live and silent auction. All the proceeds will go to Schultz and his family. It’s an all-ages event.