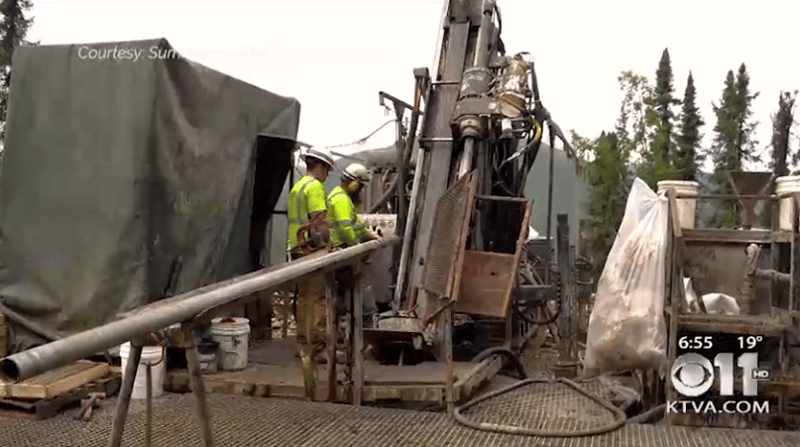 One of the consistently highest paying careers in Alaska is the mining industry. Currently, there are six active mines producing gold, silver, zinc, lead and coal. According to the Alaska Department of Labor, an average salary is in the six figure range. Meg Day, a resource manager for Donlin Gold, said there’s currently 8,700 direct and indirect jobs in the industry.

“Mining has a wide range of long-term, year-round employment opportunities,” Day explained. She added that mines are located in the interior or southeast parts of Alaska. There are more than 100 different job titles that are lumped in to four “clusters,” Day said.

One of those clusters would be heavy equipment operators, surface and underground maintenance technicians, mechanics and electricians. Another is what’s called process technology, including mill operators, mining and metallurgical engineers as well as lab technicians.

But what is it like in a modern day mine? According to Josh Murrell, who works with Pogo Mine, long days starting at 4 a.m. with breakfast. Then they “digger out,” where miners put on their work clothes. After that they get their task for the day, a brief safety meeting, a heads up on what’s going on in the industry, then they head out to the workplace underground. Once there, Murrell said there’s a thorough workplace and equipment inspection.

“And then we start our daily task, which could be hauling ore, breaking more rock,” he added.

Then there’s the work schedules. According to Day, miners work long hours with a lot of consecutive days in a row. To off-set that, miners get long breaks, or rotations.

Anyone interested in looking for a career in mining should know five of the six mining operations in the state all have openings. For more information, visit the Alaska Process Industry Careers Consortium website.

Update: Red Dog Mining is also hiring, but was left off the chart during broadcast.