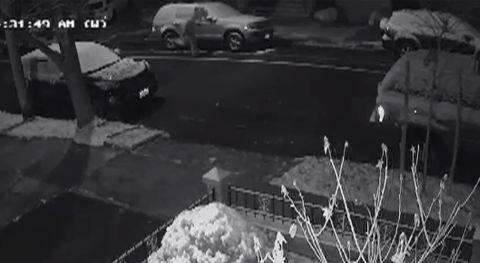 Police are asking for the public's help finding three men accused of pistol whipping two women during a home invasion in the Bronx.

Police say the three men broke into the home, and one of them pistol whipped two 31-year-old women in the heads while the other men stole their iPhones, purses, credit cards and cash.

The suspects were captured on surveillance video driving away in a Jeep Liberty.

Both women sustained cuts to their heads and were transported to Jacobi Medical Center where police say they were treated and released.