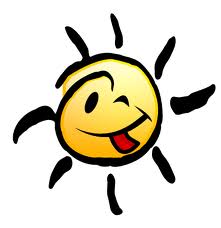 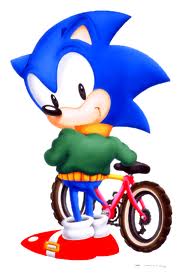 BOSTON (AP) - David Ortiz is turning the World Series into his own personal game of slow-pitch softball, at least that's how it looks. The only question is how long the St. Louis Cardinals will keep pitching to the Boston bopper.

Ortiz has gotten one-third of Boston's hits. The lumbering slugger has even beaten out a few grounders for singles, helped by the St. Louis second baseman stationed in shallow right field.

He's also homered twice and drawn four walks. Added up, he's hitting .733 with a .750 on-base average and a 1.267 slugging percentage. Whopping numbers, among the most impressive ever.

Here are five things to know about prodigious performances in the World Series:

KNOCKS AND BONDS: It took the Angels a while, but they finally figured out how to deal with Barry Bonds in 2002. They refused to pitch to the Giants star, walking him 13 times in seven games. In his only Series appearance, Bonds went 8 for 17 with four homers and a pair of doubles in a seven-game loss. He hit one drive so far the Angels openly admired it.

REG-GIE, REG-GIE! With three home runs in three swings, Reggie Jackson capped off a power show in 1977 that earned him a most fitting nickname: Mr. October. Jackson went 9 for 20 with five homers, including three straight at Yankee Stadium in the clinching Game 6 vs. the Los Angeles Dodgers. He also scored 10 runs and drove in eight to become the Series MVP.

BLAZING BROCK: Lou Brock did most everything to spur St. Louis in 1968. The Hall of Fame leadoff man went 13 for 28 and stole seven bases against Detroit. He also hit two home runs after connecting only six times all season. For all that, some Cardinals fans still wonder why he didn't slide home at a key point in Game 5 - he was thrown out instead, and the Tigers wound winning in seven games.

BABE & LOU: The Sultan of Swat and the Iron Horse took turns doing damage during a 1928 sweep of the Cardinals. Babe Ruth was 10 for 16 overall and hit three home runs to seal Game 4; Lou Gehrig went 6 for 11 with six walks, hitting four homers and driving in nine runs - St. Louis totaled nine RBIs in the series.

SAY IT IS SO: Shoeless Joe Jackson hit the only home run in the 1919 matchup, going 12 for 32 with three doubles and a team-high six RBIs for the Chicago White Sox. He was later banned from baseball for life as part of the Black Sox, accused of throwing the Series in an eight-game loss to Cincinnati.