FRANKLYWNOW - Zooey Deschanel gets an apology for being wrongfully ID'd 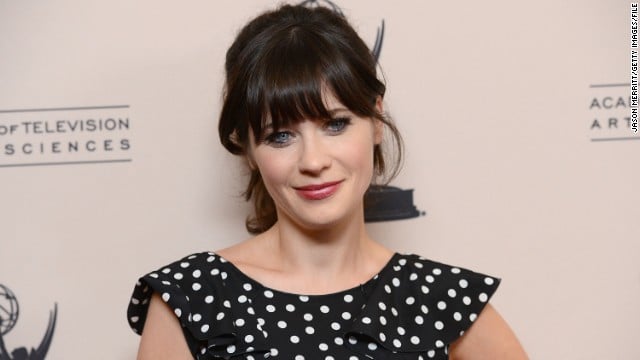 Zooey Deschanel gets an apology for being wrongfully ID'd

Those who were watching Dallas-Fort Worth's Fox affiliate, KDFW, on Friday might've caught the closed captioning mishap. Although the screen was showing a picture of bombing suspect Dzhokhar Tsarnaev, the caption identified him as "19-year-old Zooey Deschanel."

A photo of the mistake was posted to Twitter, where it was picked up by "Community's" Joel McHale and, soon, Deschanel. "Whoa! Epic closed captioning FAIL!" the 33-year-old tweeted when she saw the caption.

According to the New York Post, the TV captioning service Caption Solutions has offered the actress a formal apology. President Kala J. Patterson said in a statement that they "deeply" regret and "sincerely apologize for this error."